Second day in Sreemangal started with a hike through the tropical forest at one of the national parks. 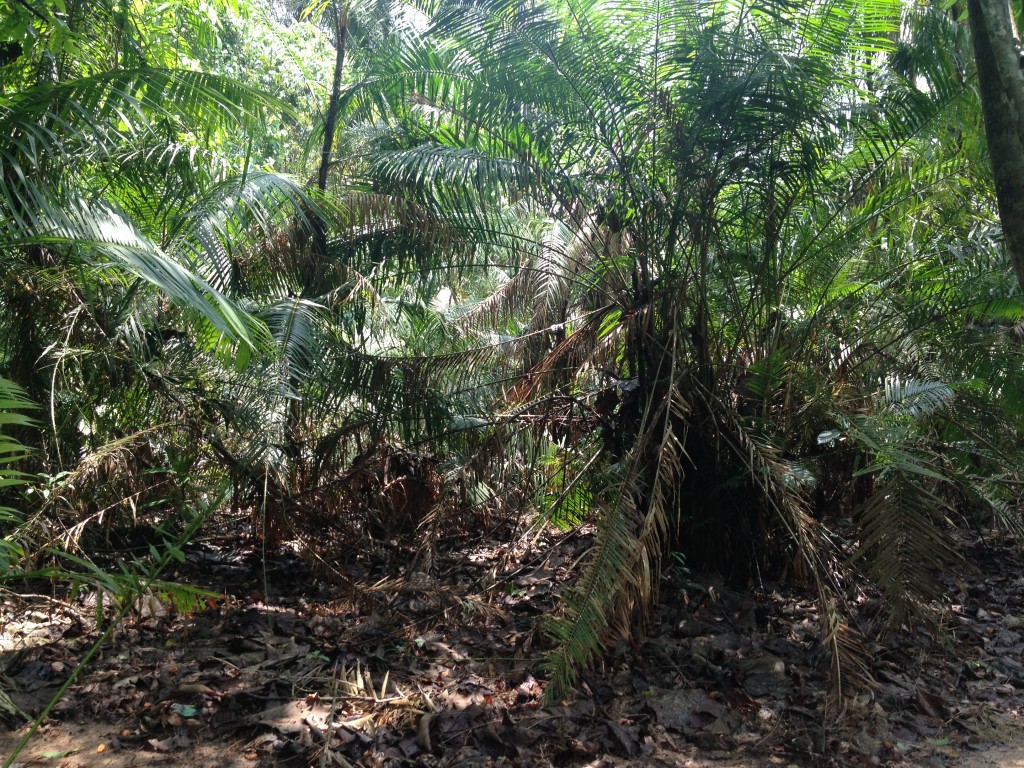 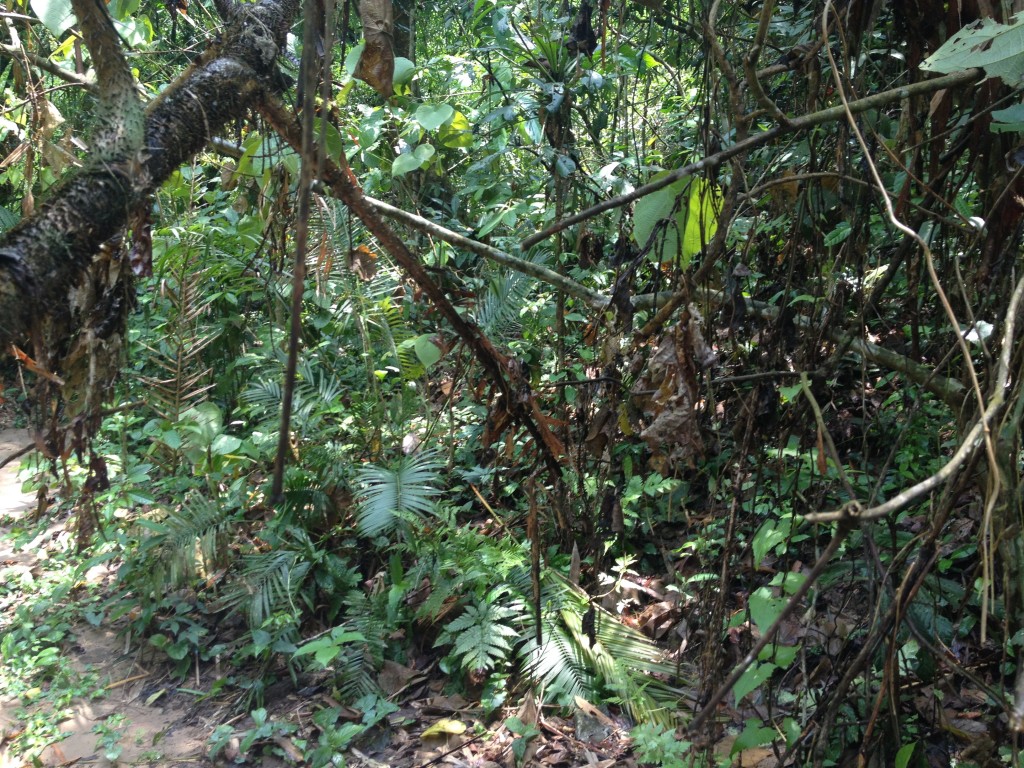 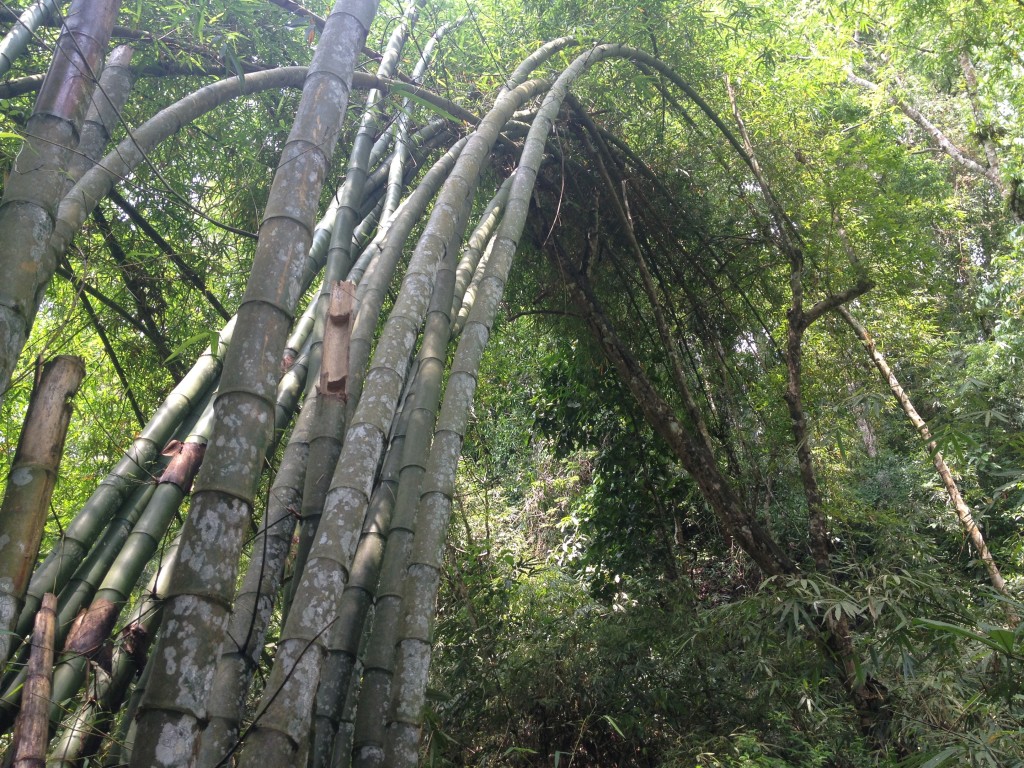 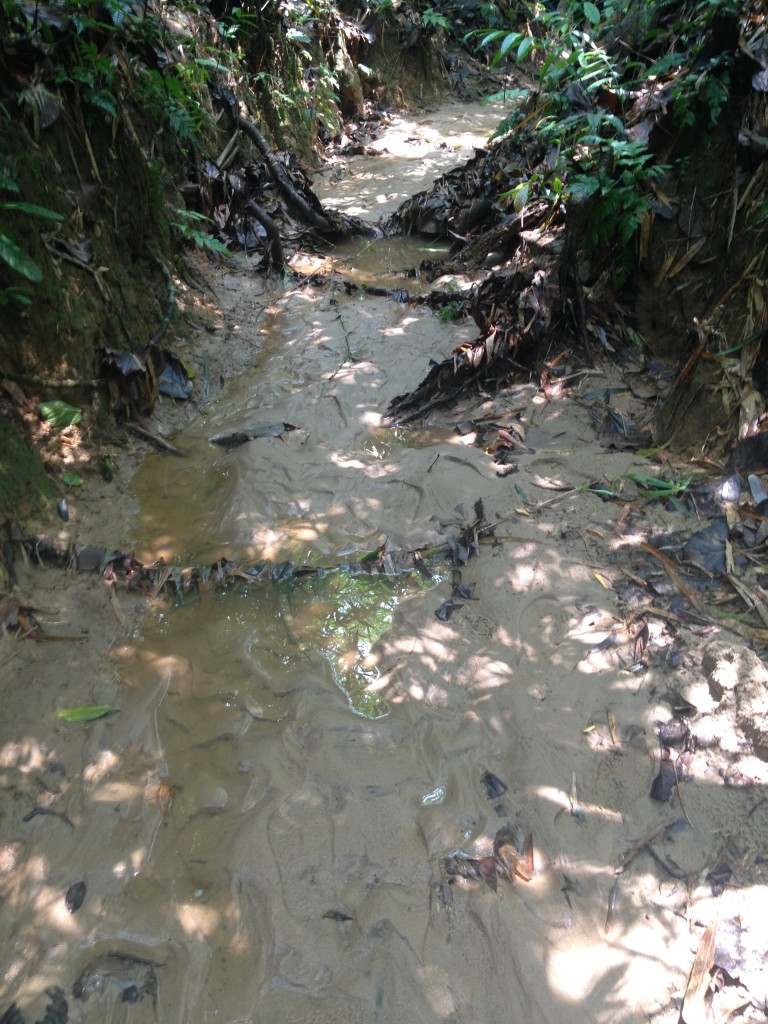 It was beautiful and very hot. But very beautiful. Only one thing was bothering us a lot. A LOT. Many leeches. Many-many leaches crawling up the shoes into the shoes, getting into the ankles, feet and legs. In the middle of the walk I really freaked out when I realised that my socks were soaked not in my sweat, but my blood from the leeches that I was pulling out of my shoes. 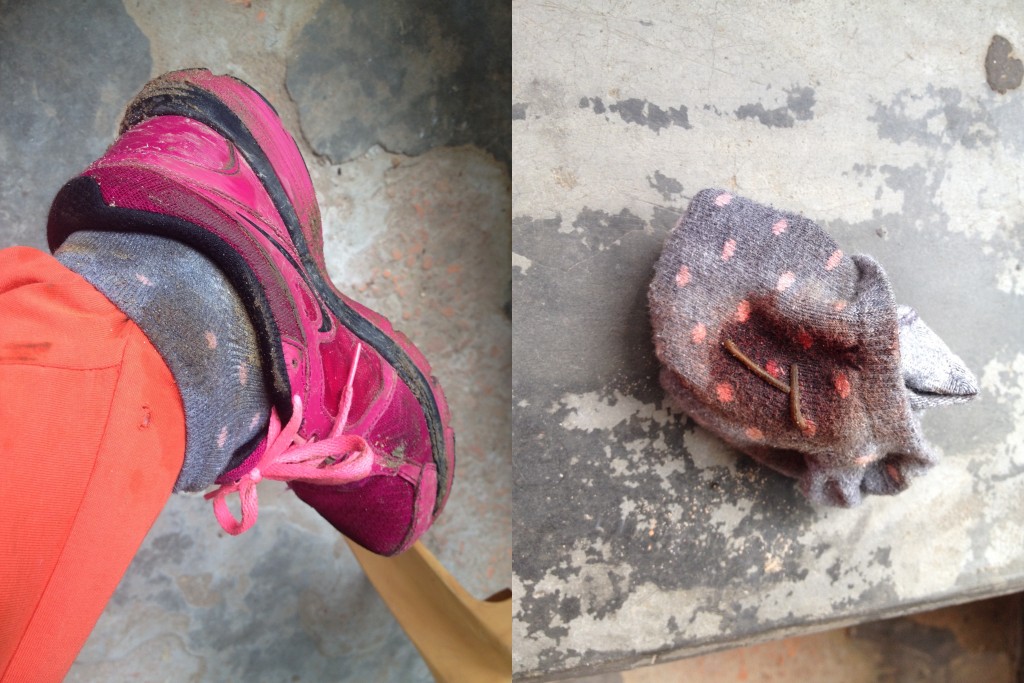 Because it was a weekend, there were plenty of school groups in the park. We were popular, but the nice thing about it is that you can also stare back at them and take photos. 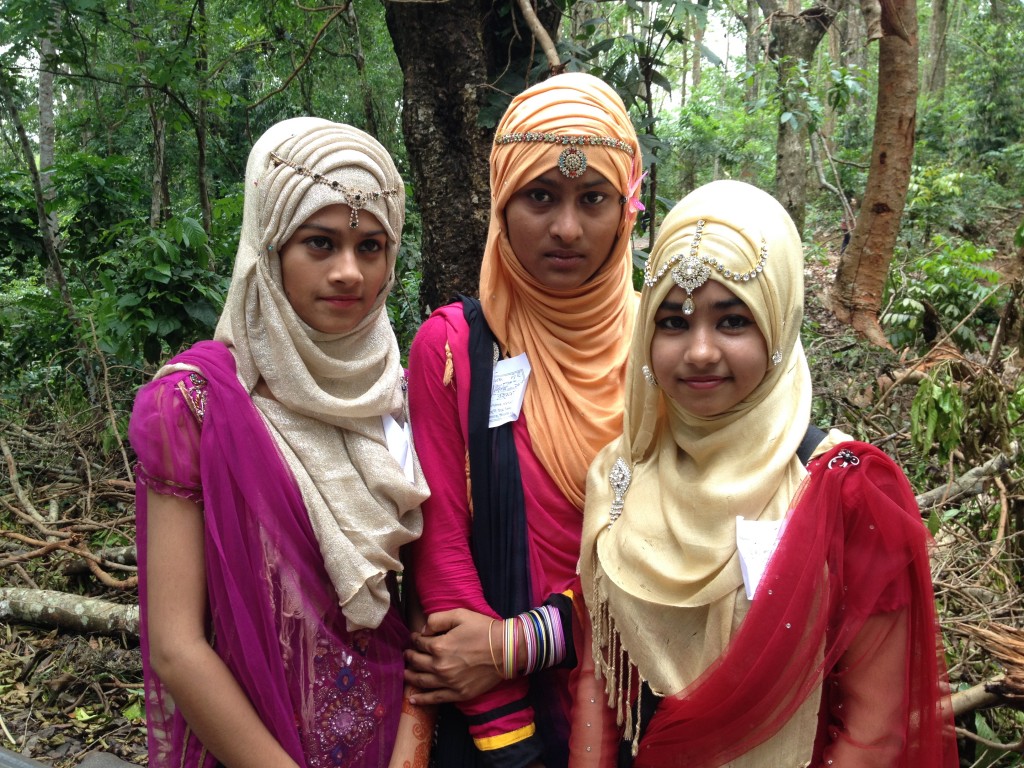 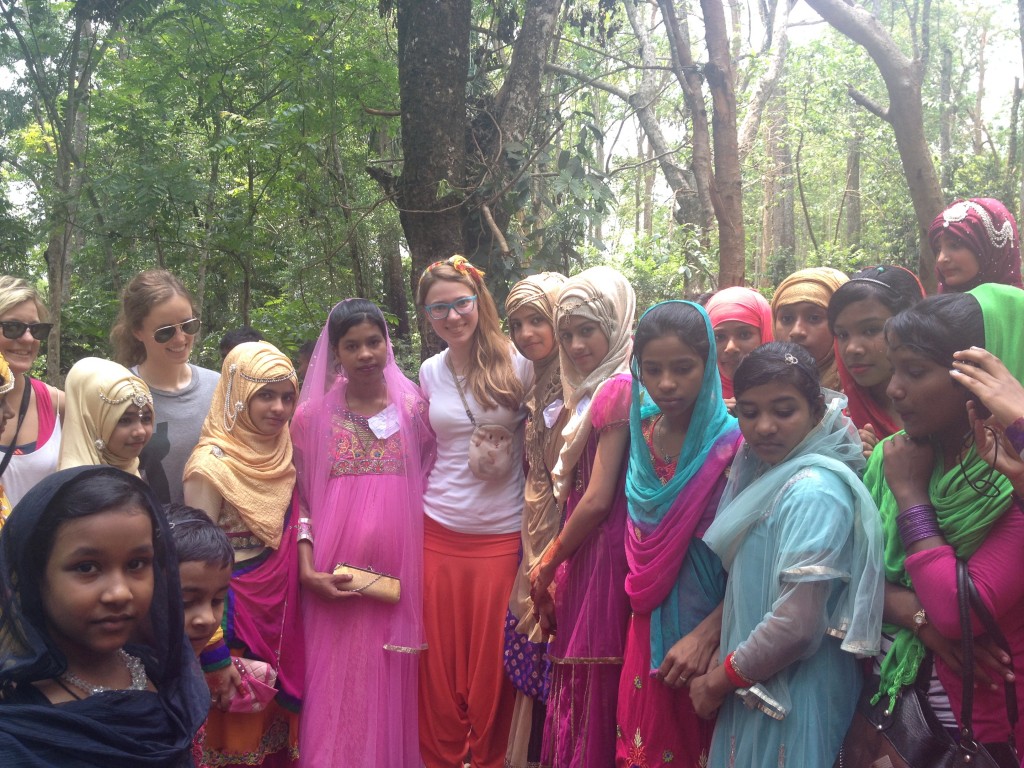 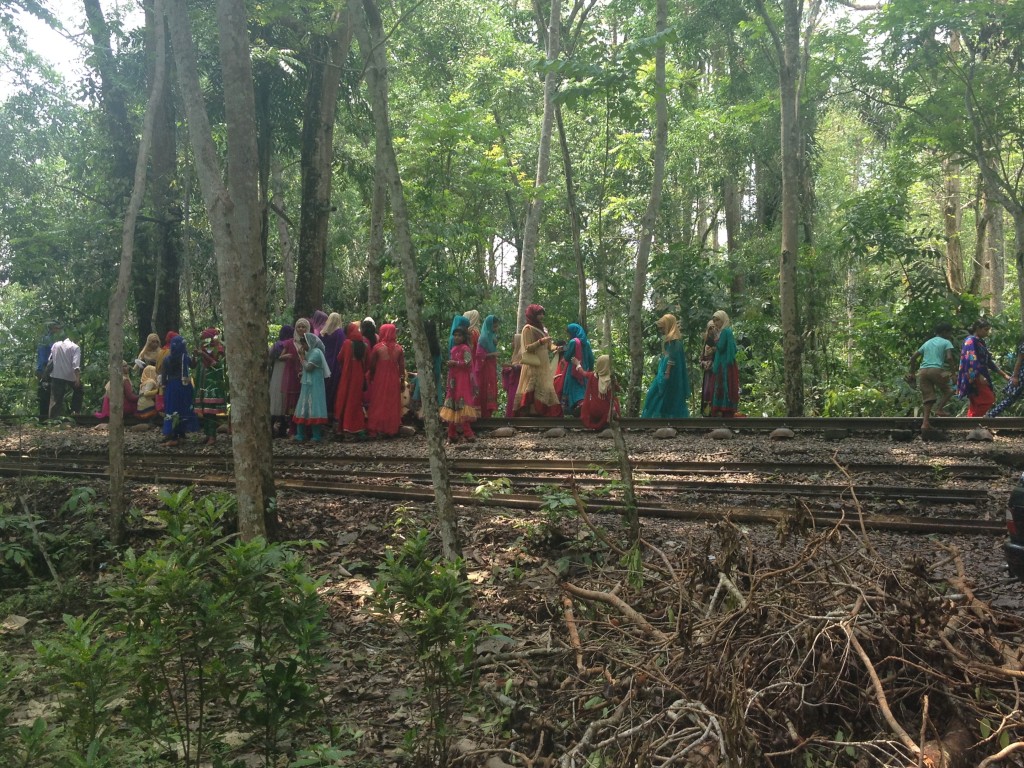 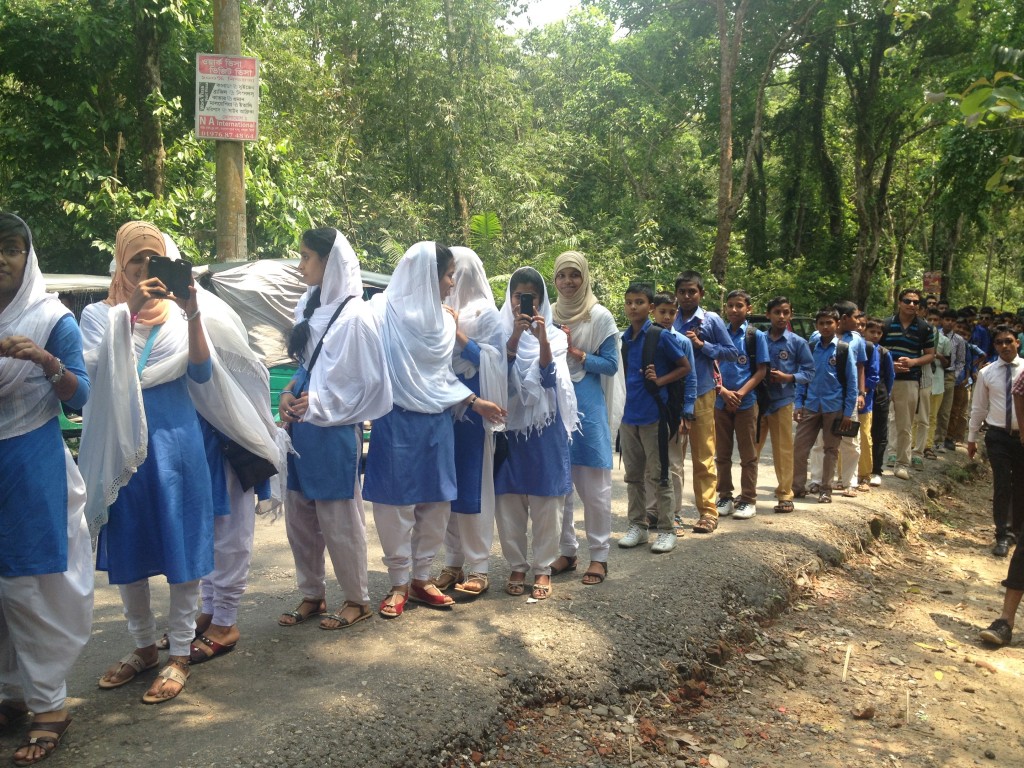 After the hike and the leech stress we had a snack — a half of a pineapple and a half of apapaya . This is a 40 taka snack, or 40 euro cents. 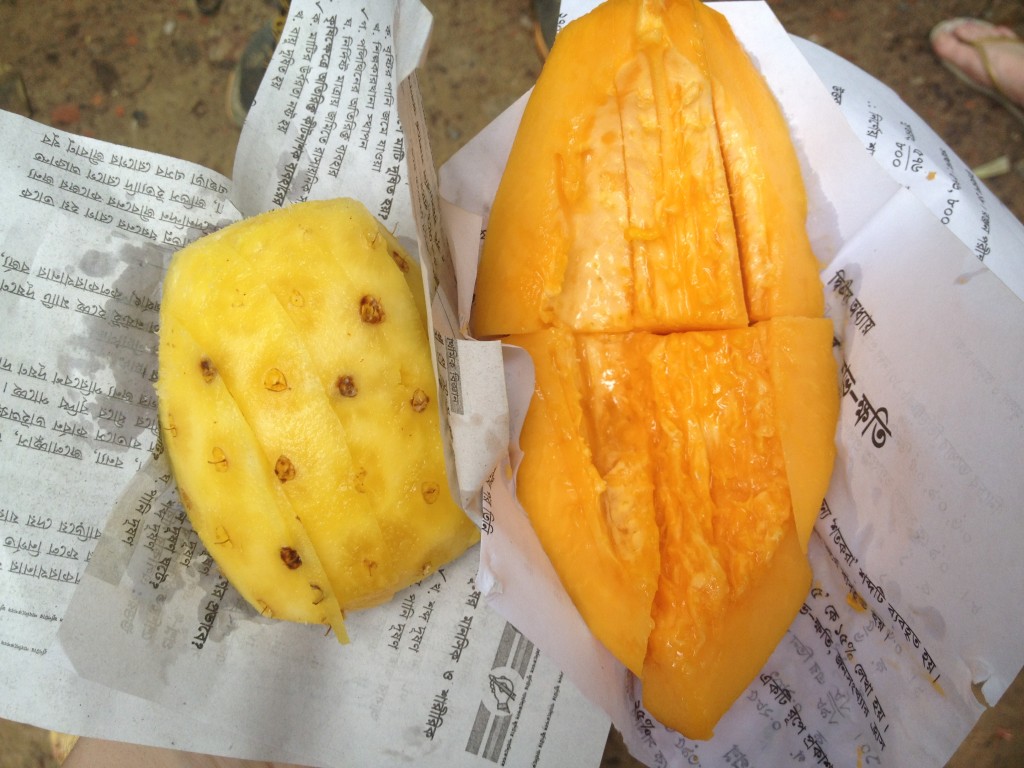 The next destination was a pottery village. Here is a village lady cleaning the rice from the dust 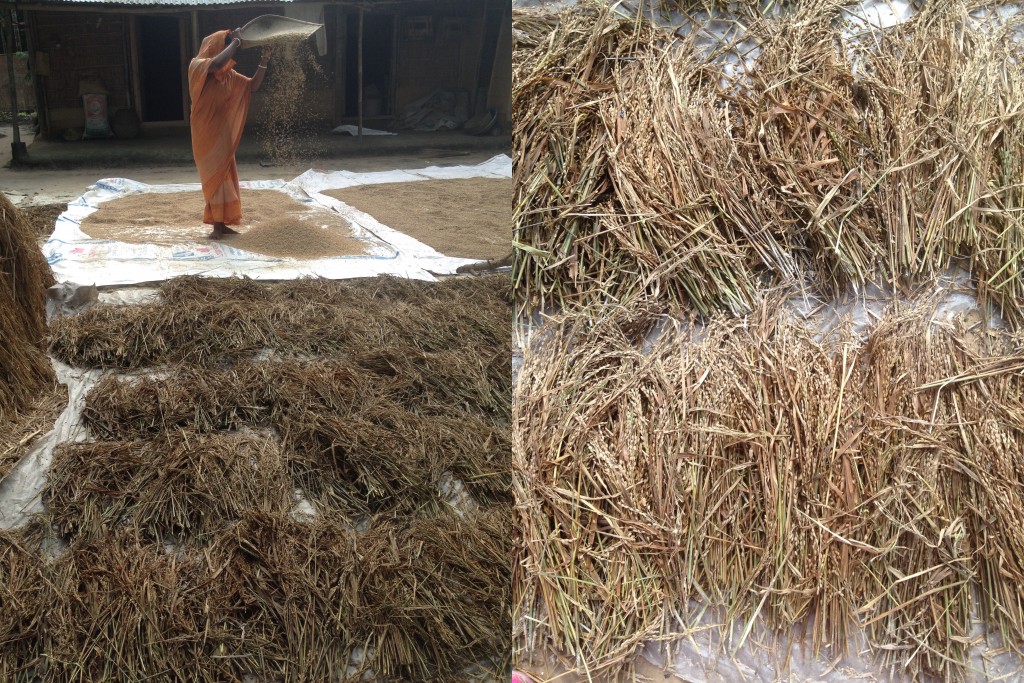 This is the rice before the shell has been peeled 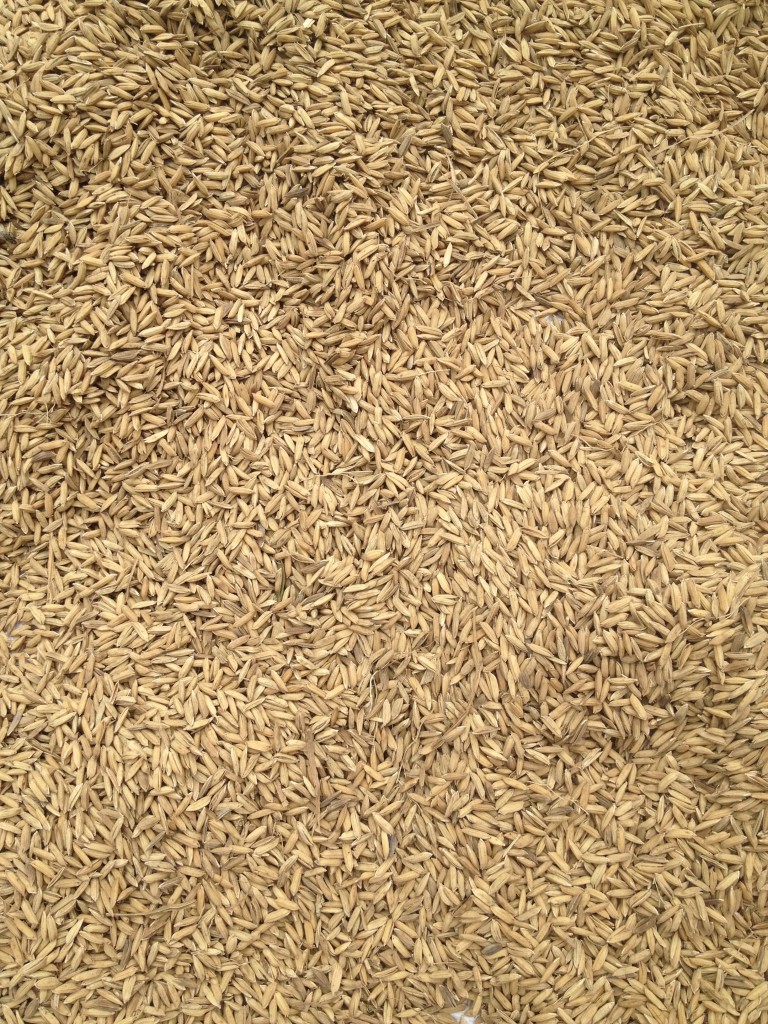 Many cows and excited small kids 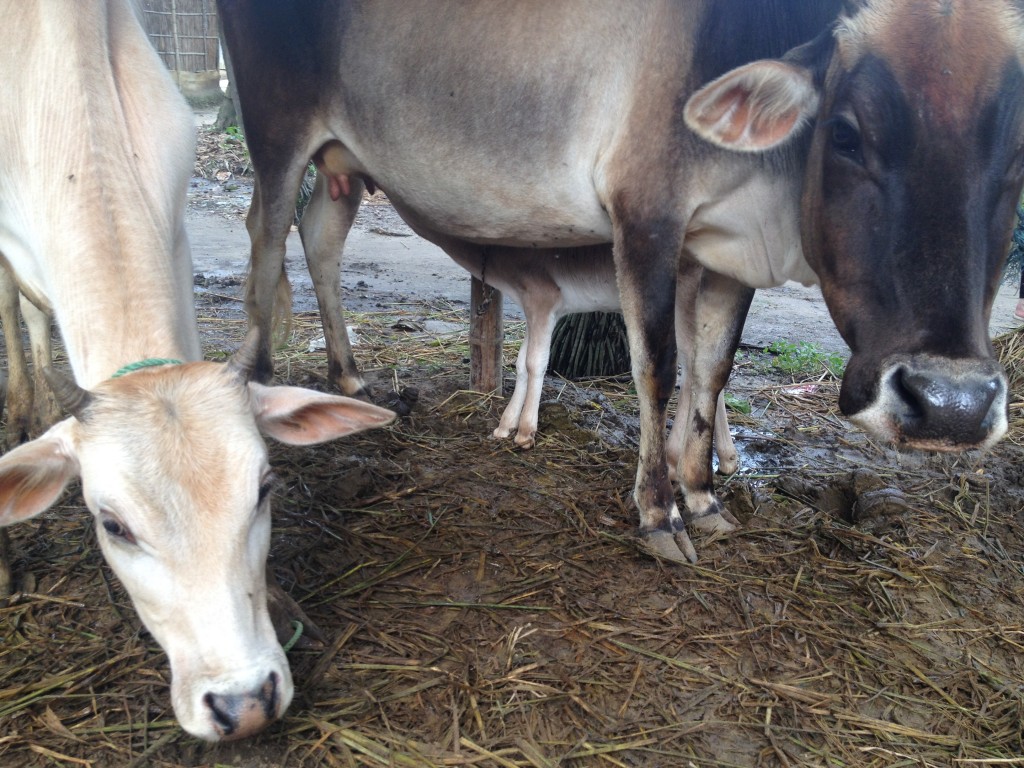 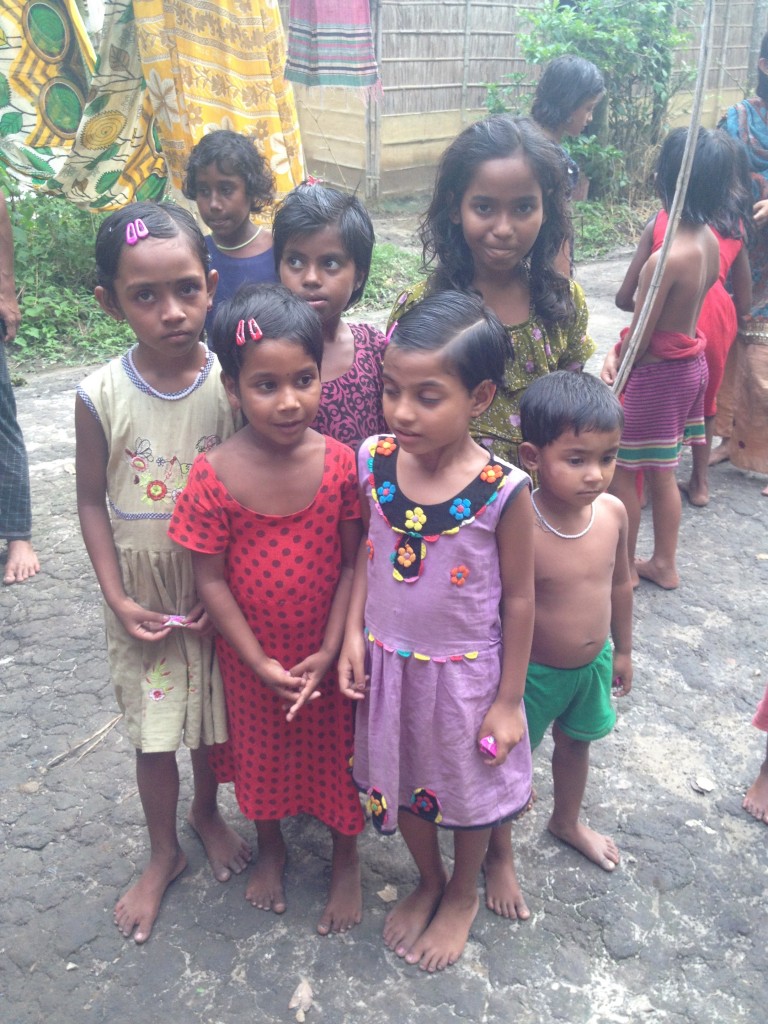 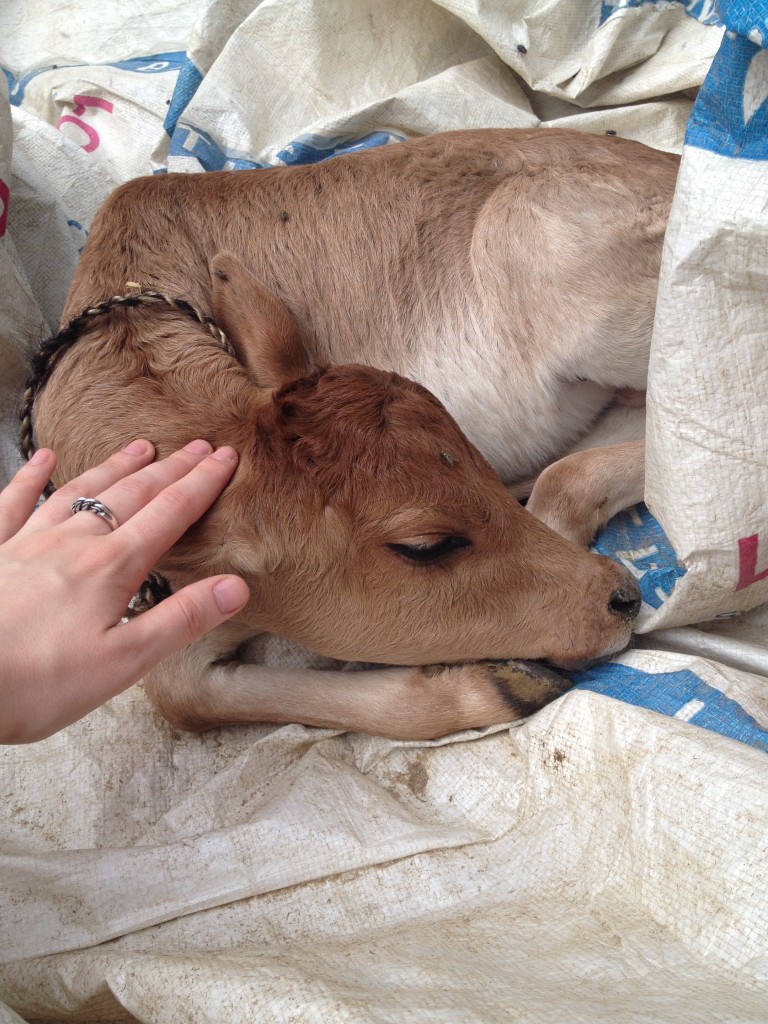 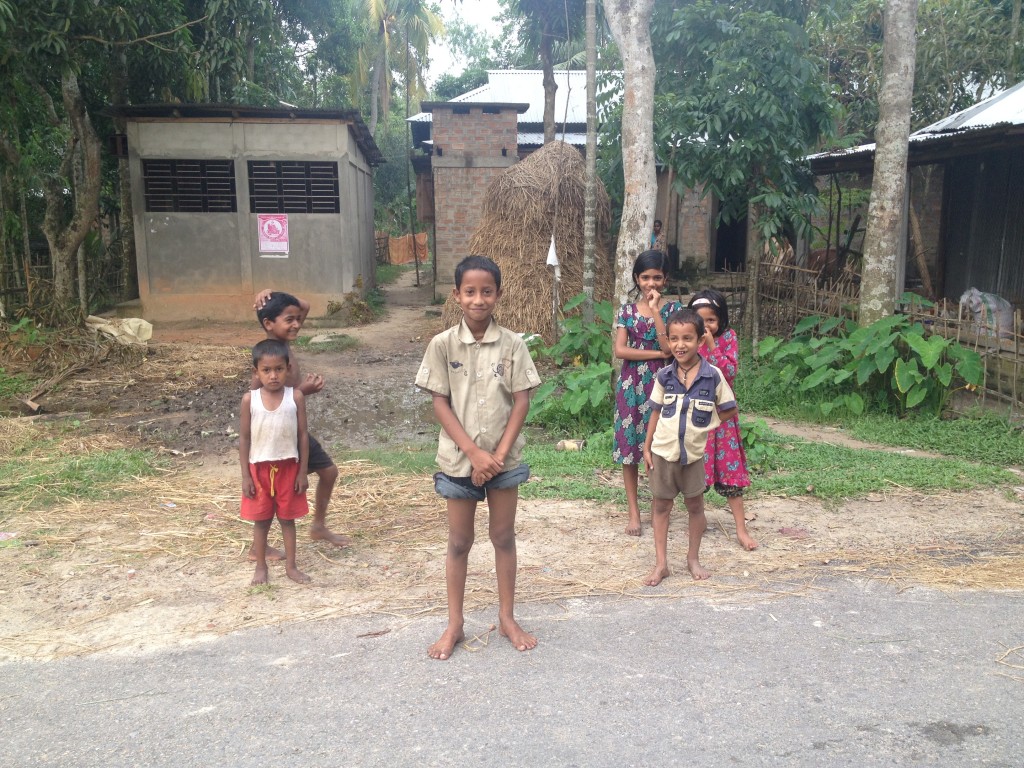 They love looking at the pictures that were taken 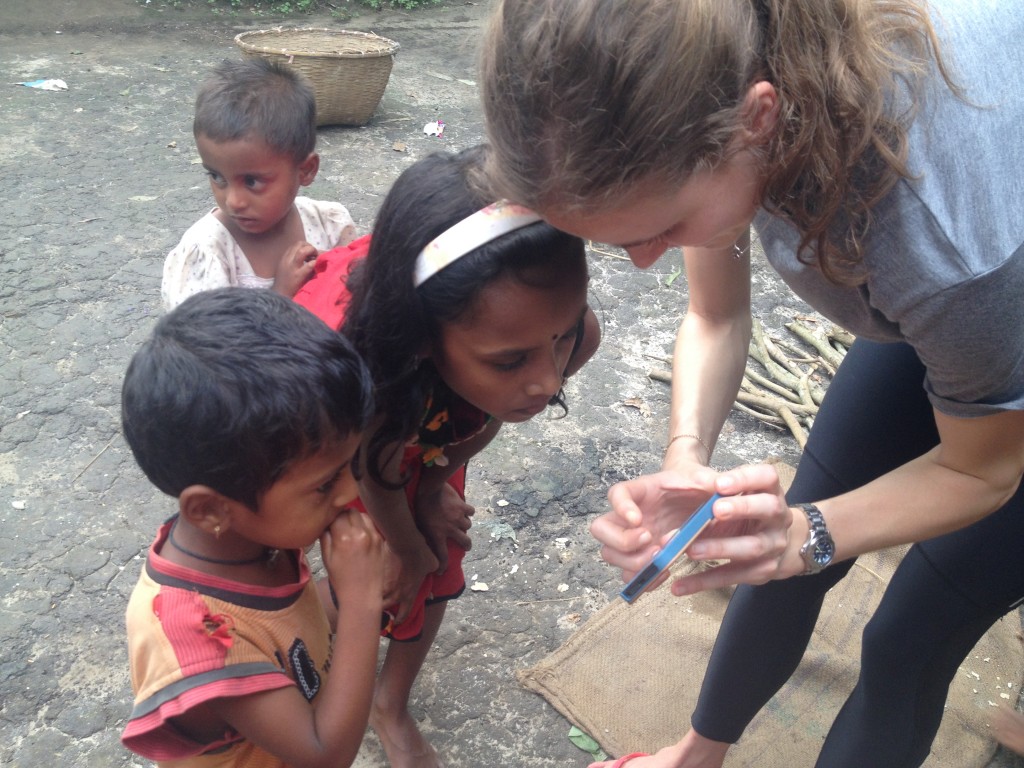 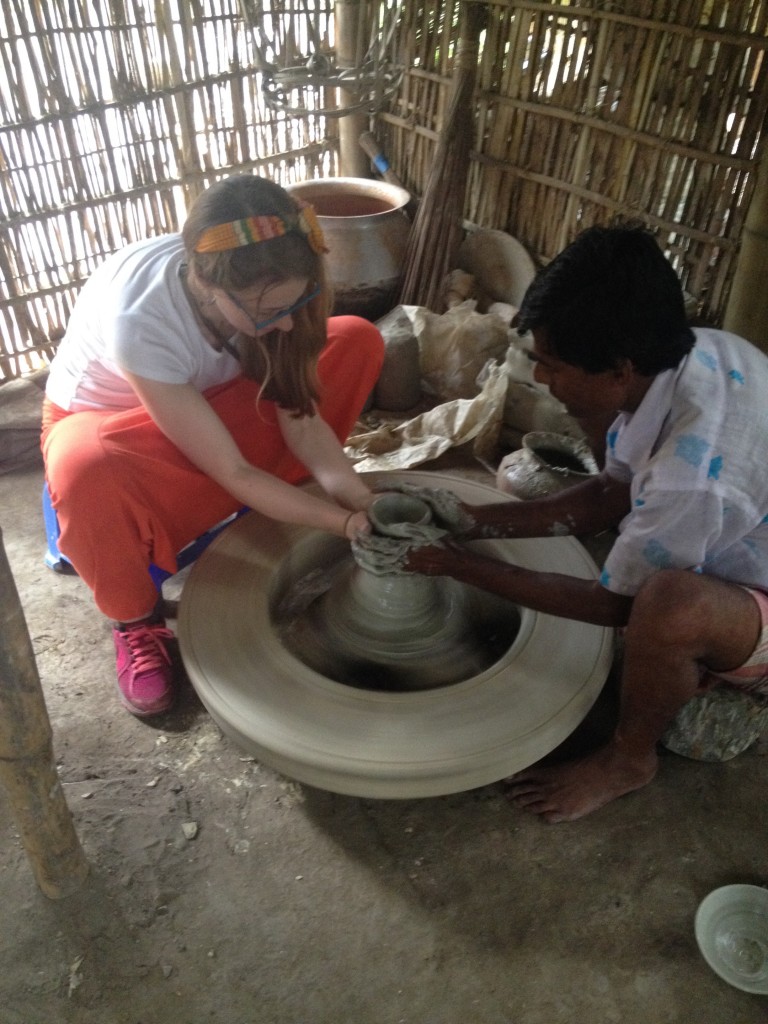 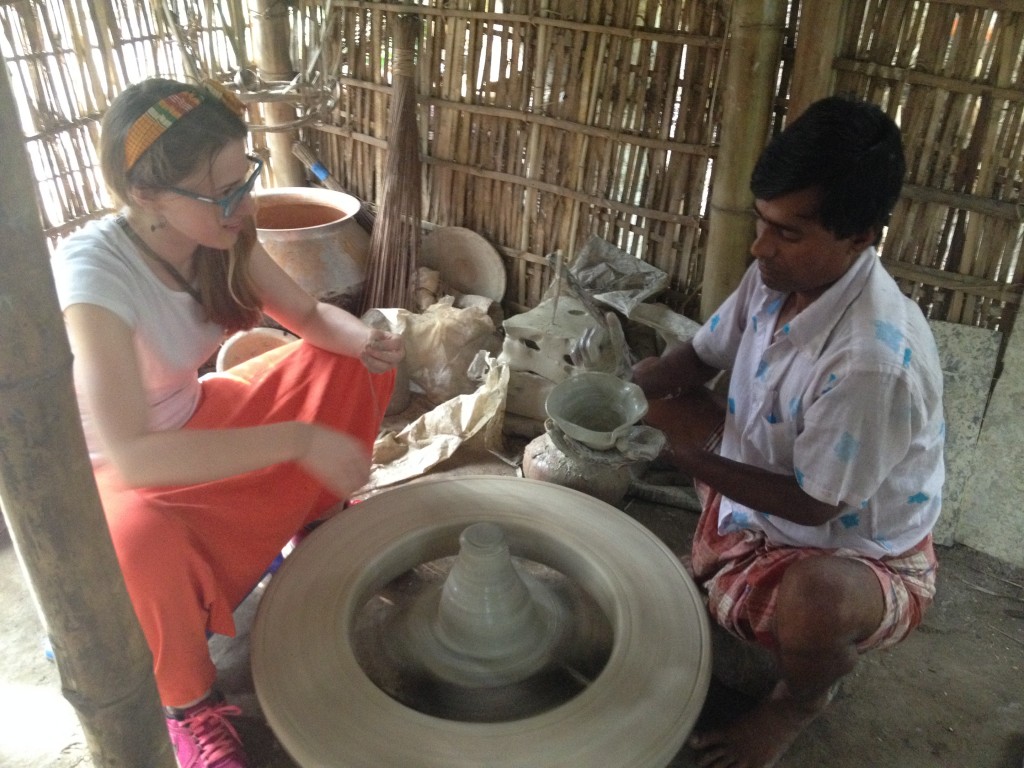 And got a piggy bank as a souvenir 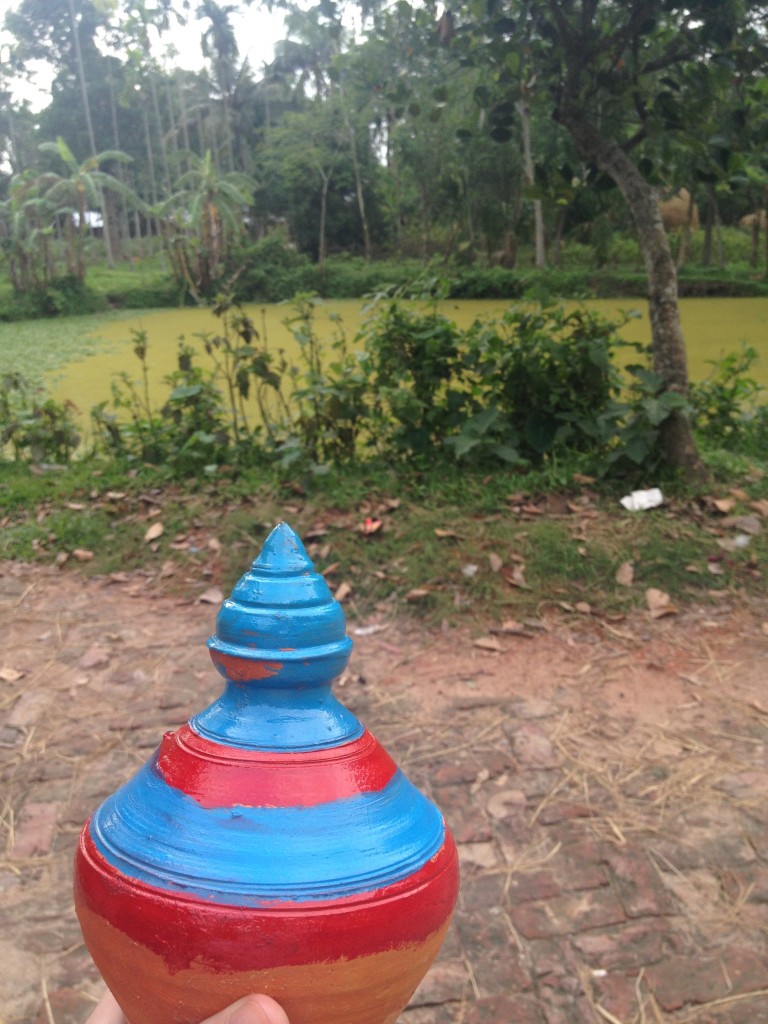 People are beautiful and very nice. This lady gave me a little piece of a mango bar with some spices — very typical snack.

And remember I was complaining that nobody was smiling back in Old Dhaka? I am taking my words back. 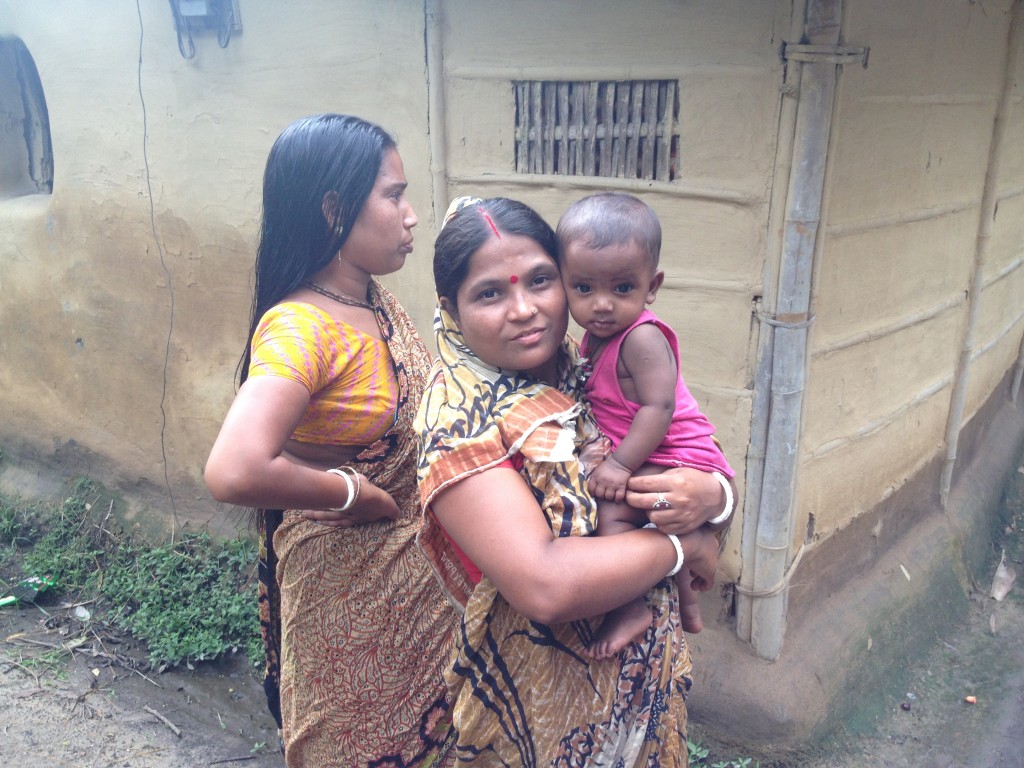 Our guide was a member of an association that is supported by some American NGO. He is promoting eco tourism in Dhaka and half of the money they are earning is being spent on the street kids. That day one of the boys had a “birthday”. In Bangladesh there are no compulsory birth certificates at the birth, some people often get it only when they take their high school exams. For that reason many people, especially ladies, have the birth year in their birth certificates that is a few years later than their real year of birth. With the street kids it is even more complicated. For this reason they just appoint a date for every kid. This boy was turning 14-15 years old, nobody new it more precise. But to me he looked much younger. When we met him the next day on the streets of Sreemangal, he was riding a rickshaw. Our guide told me that he was a drug addict, but they helped him and also got him a rickshaw, so he is working now and visiting their free school for the street kids. 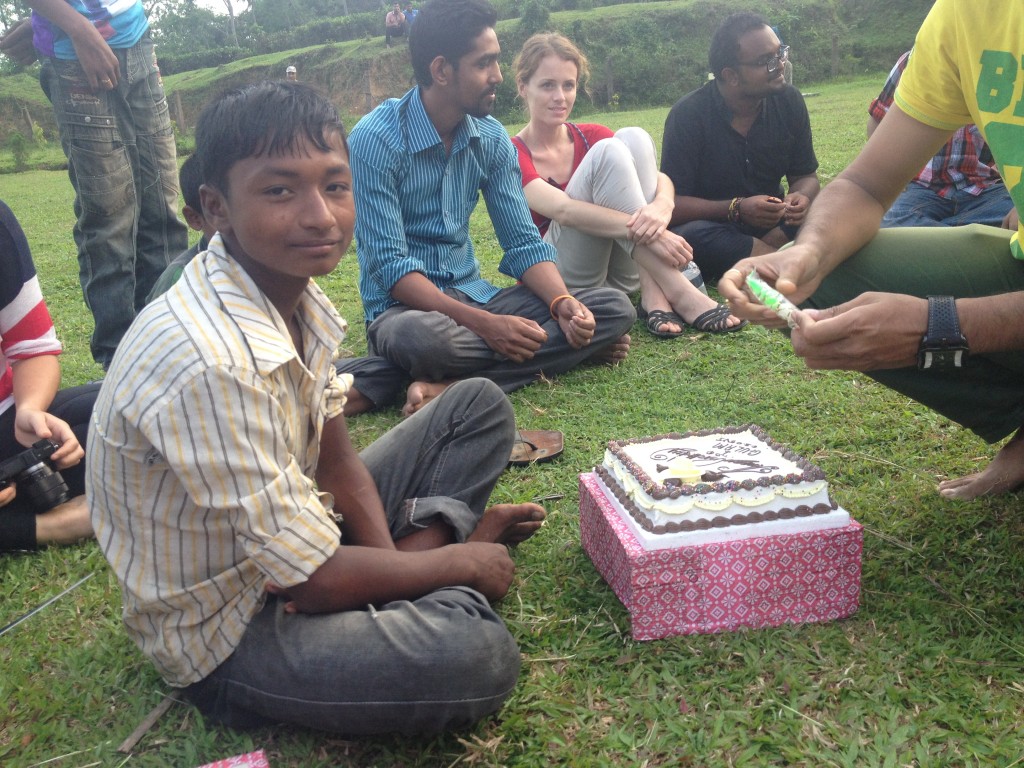 There was a candle and a cake. I told him not to forget to make a wish and through our guide he said that his wish was to become a carpenter. 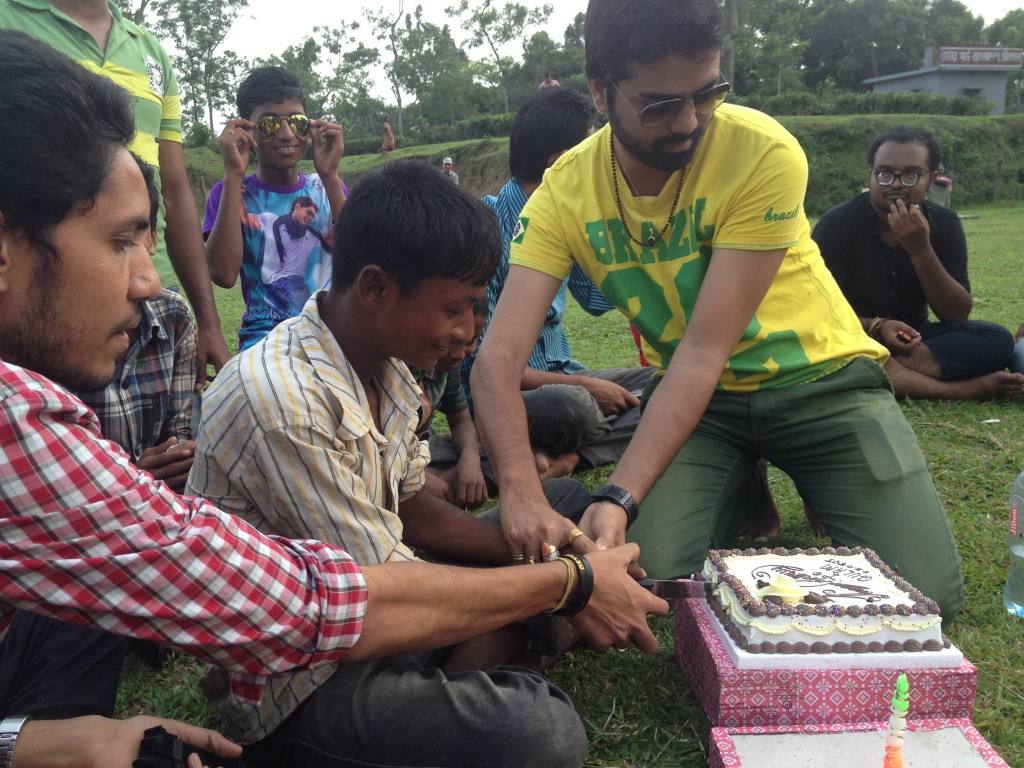 There were many people at this celebration. 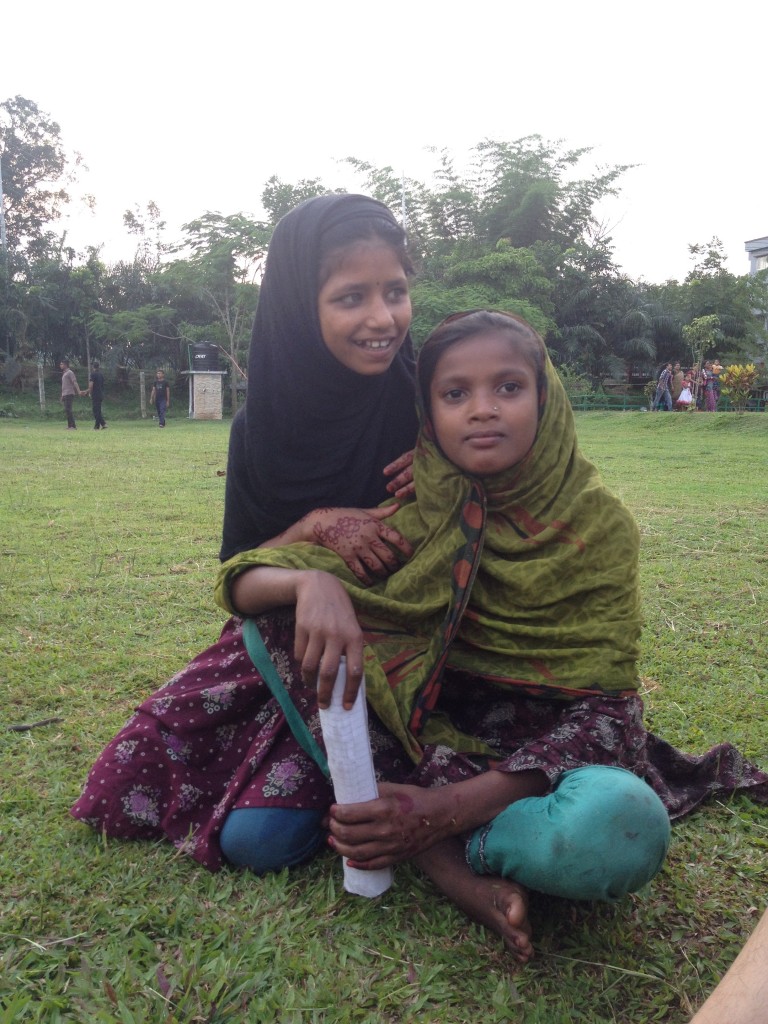 And also some music 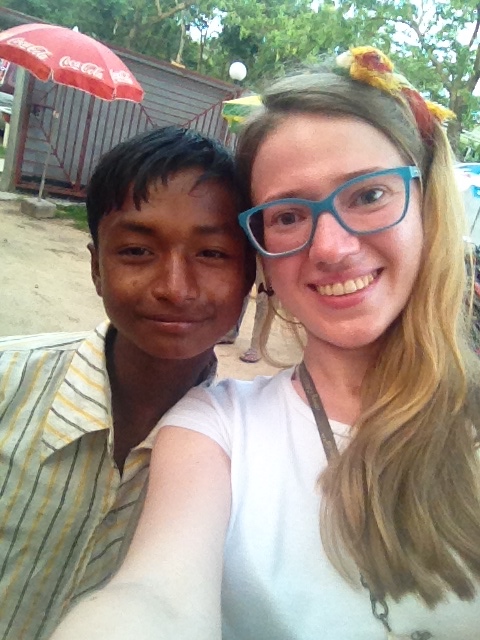