Just to show you that I was still following the tour even though the scenery around me was so interesting. An example of the British colonial architecture (you see the column?) 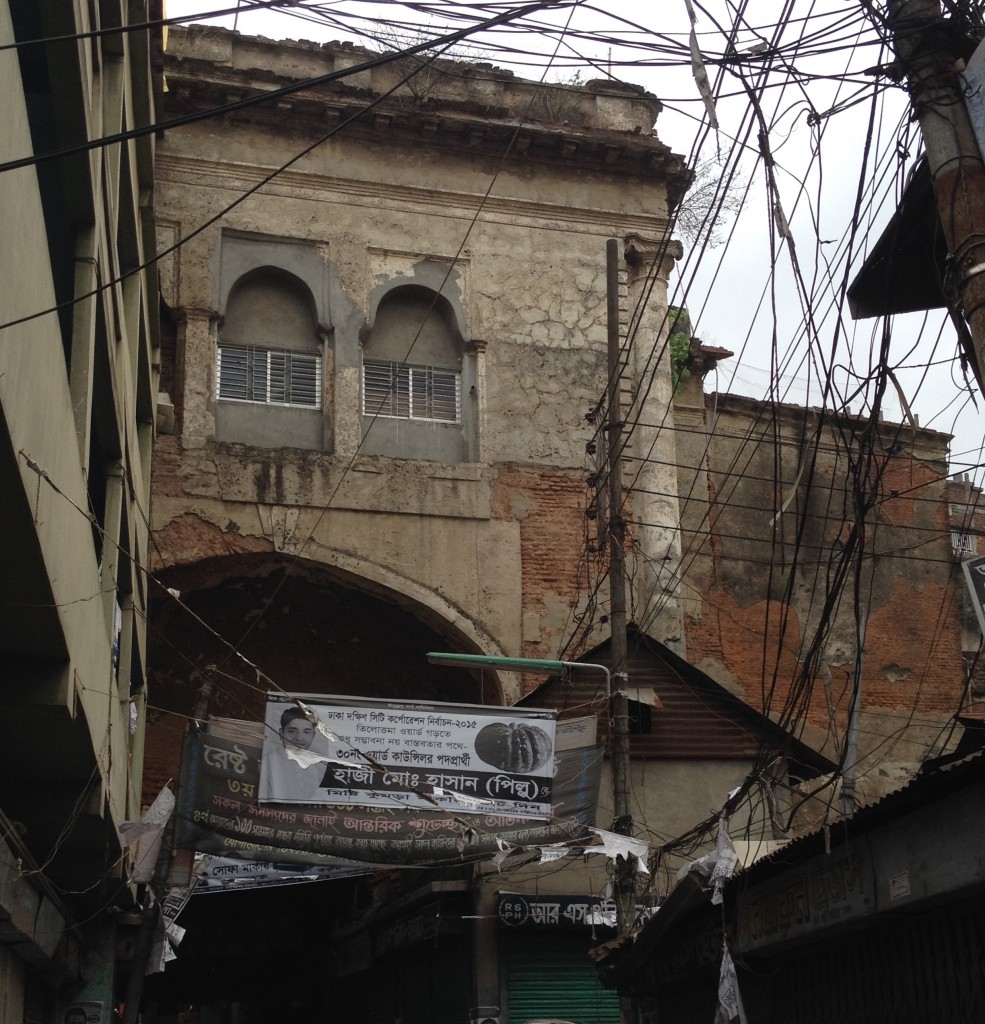 Then we took a boat along Buriganga. Just no words. 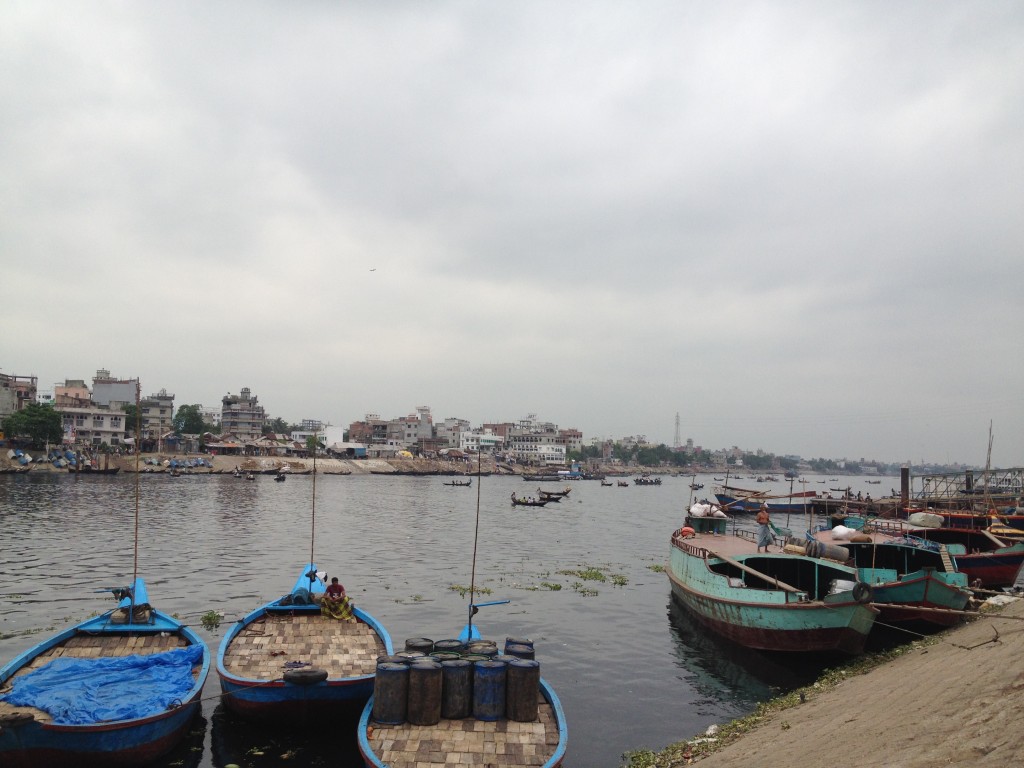 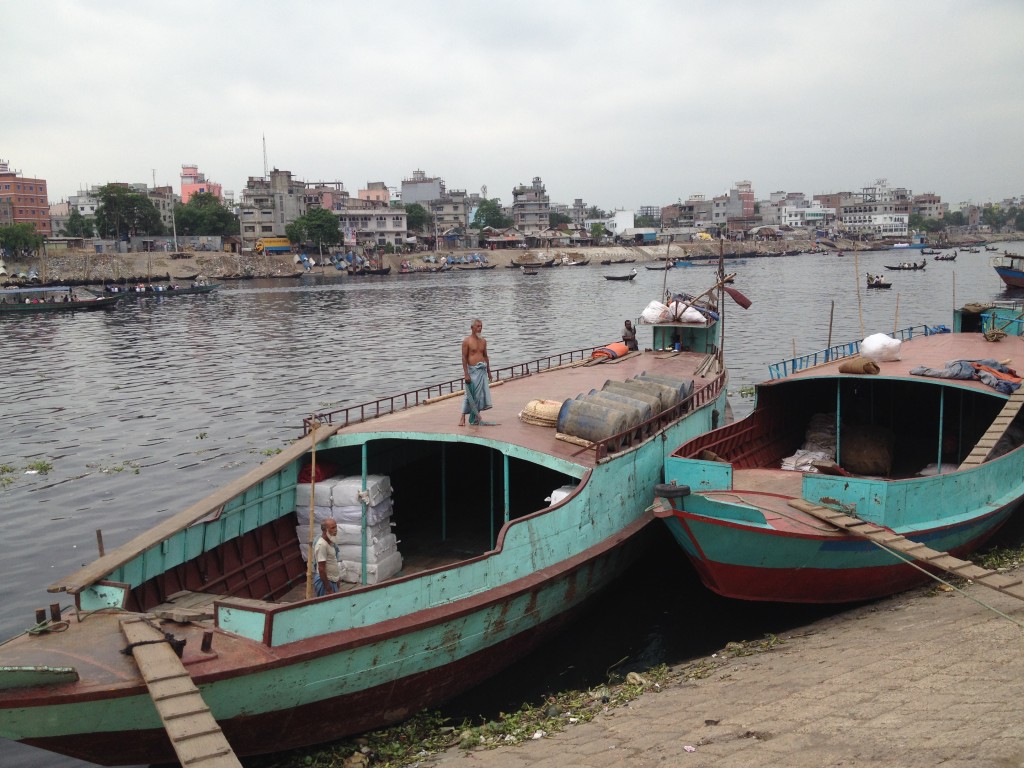 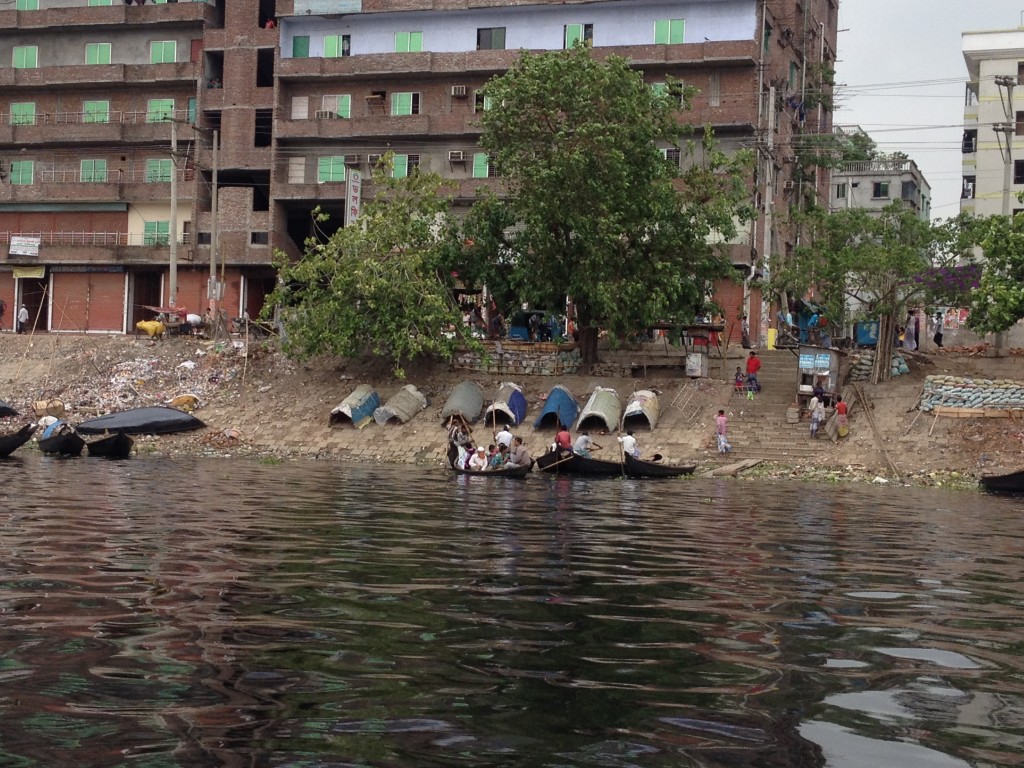 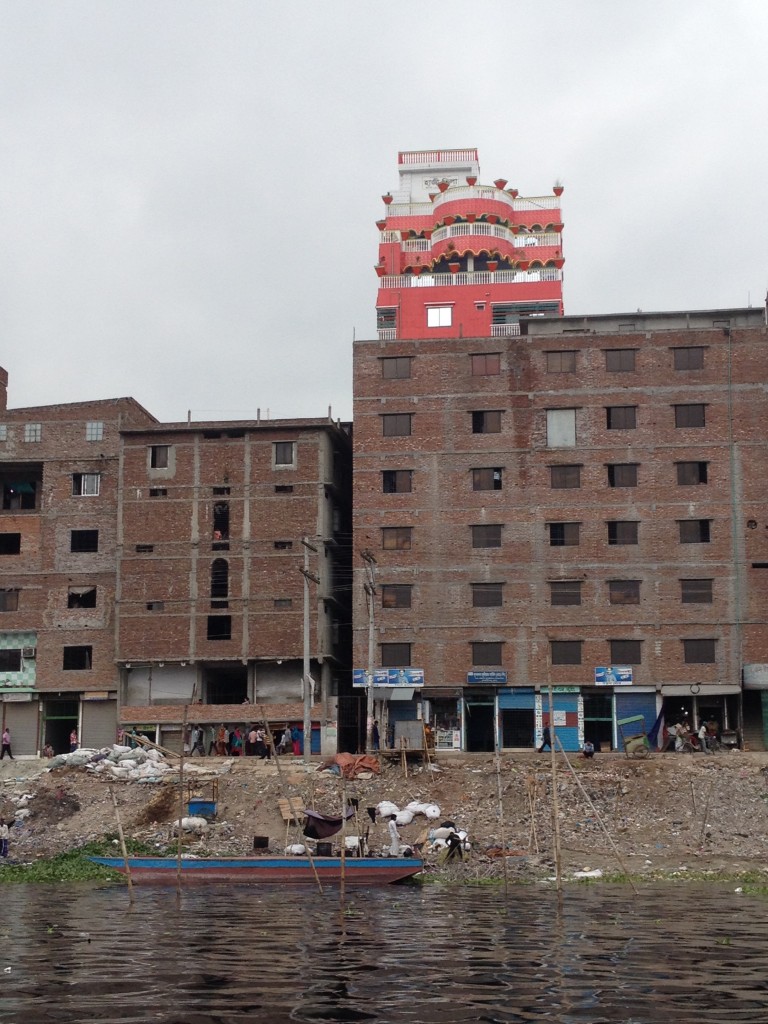 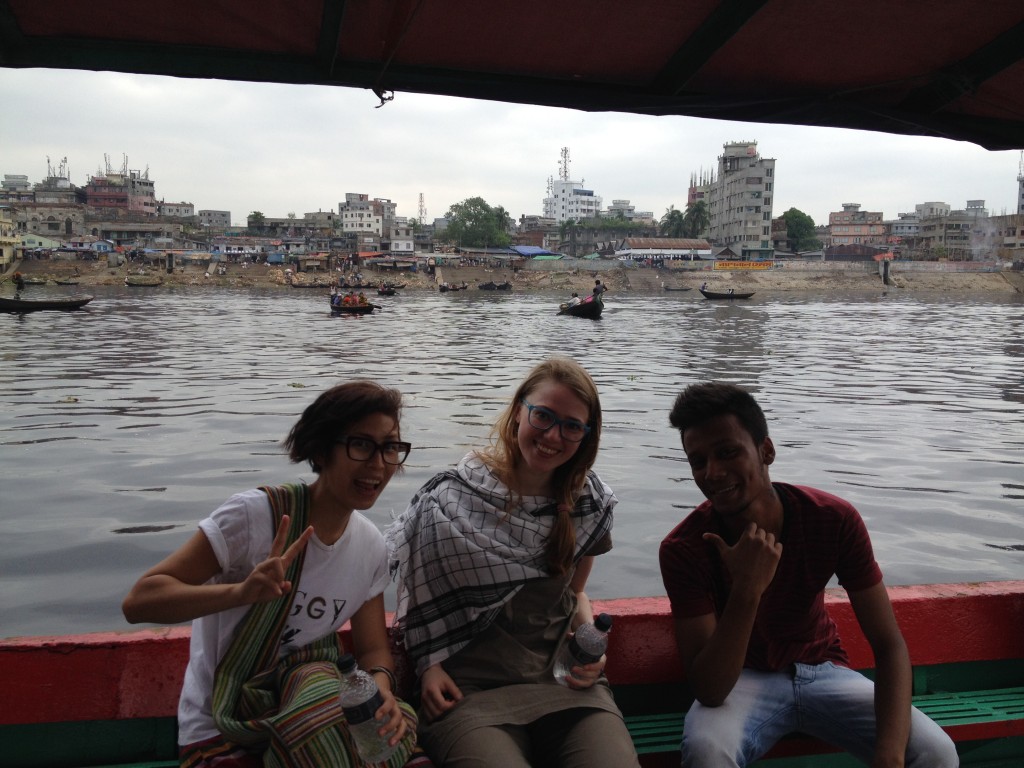 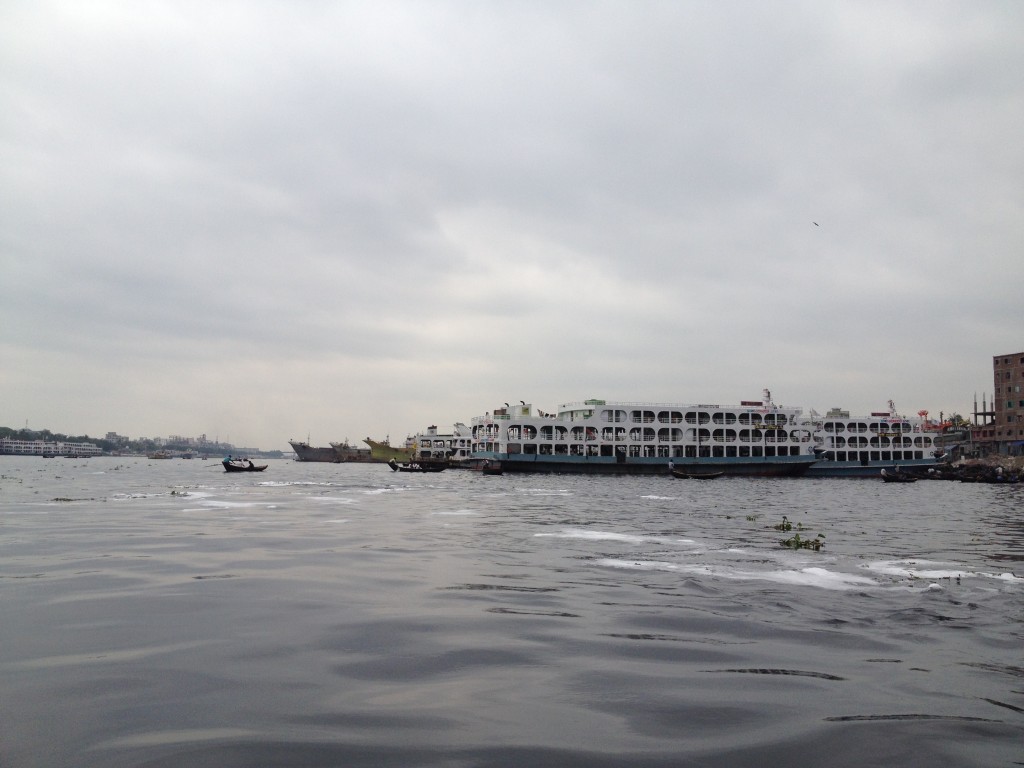 Here is also a couple of videos

This man was one of the two smiling people I met during this tour. 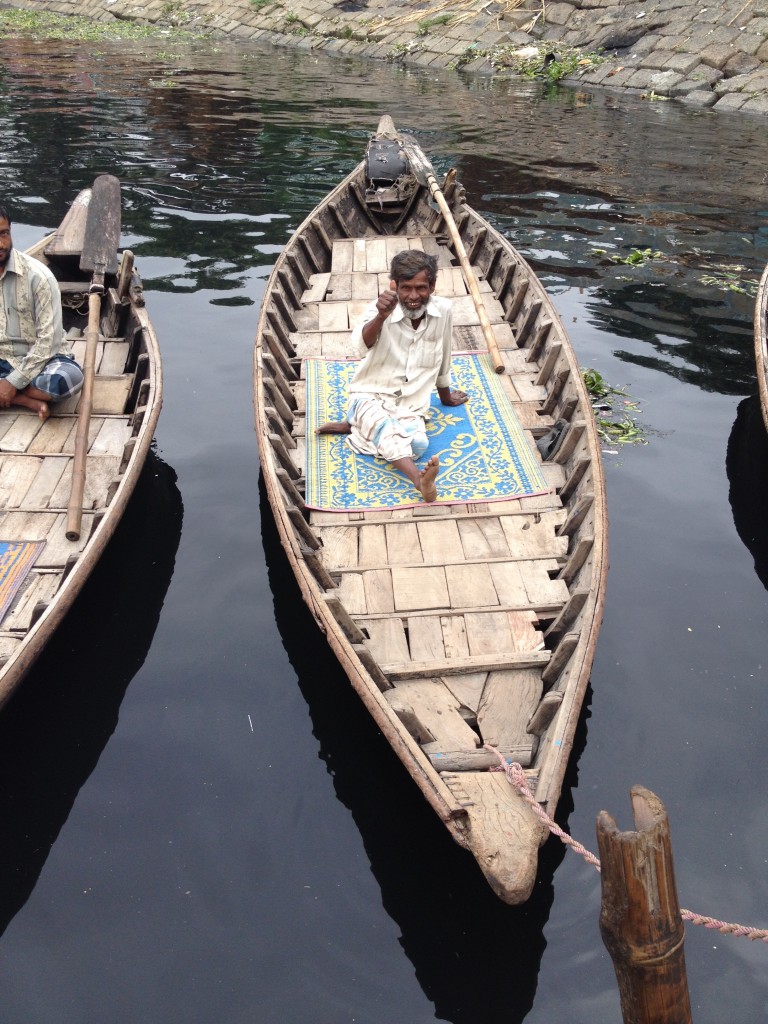 A couple of other examples of European architecture in Dhaka. The buildings were built in the 18&19th centuries in French tradition and were owned by the Hindus that left to India when the situation here became unsafe for them. 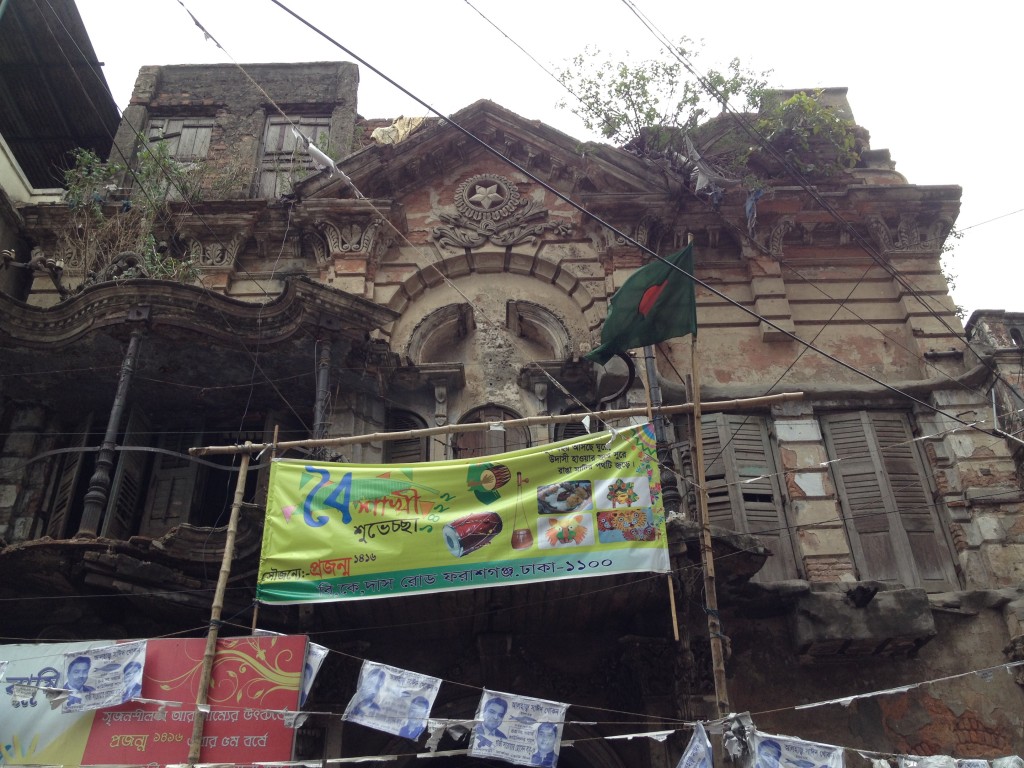 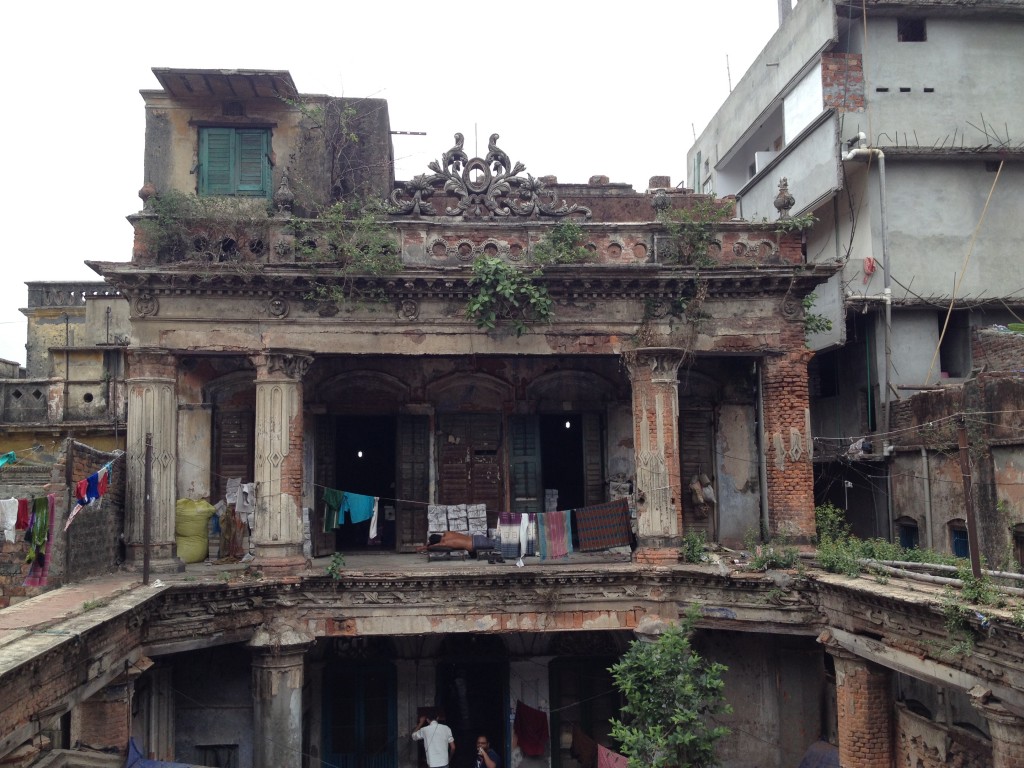 Like I mentioned before, the most interesting things happened while we were walking from one sight to another. 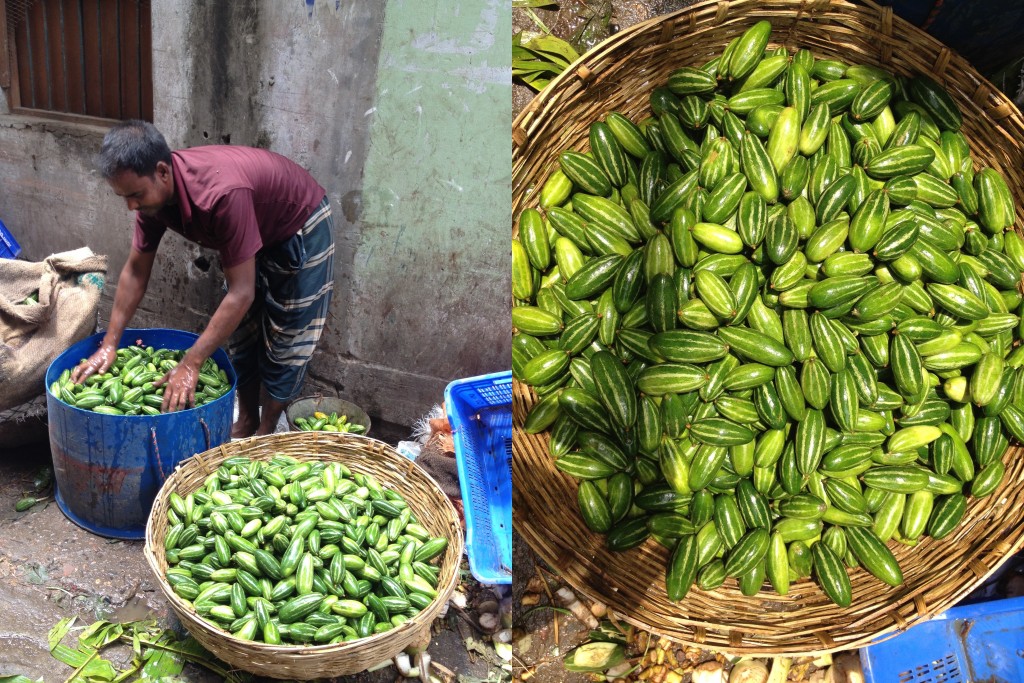 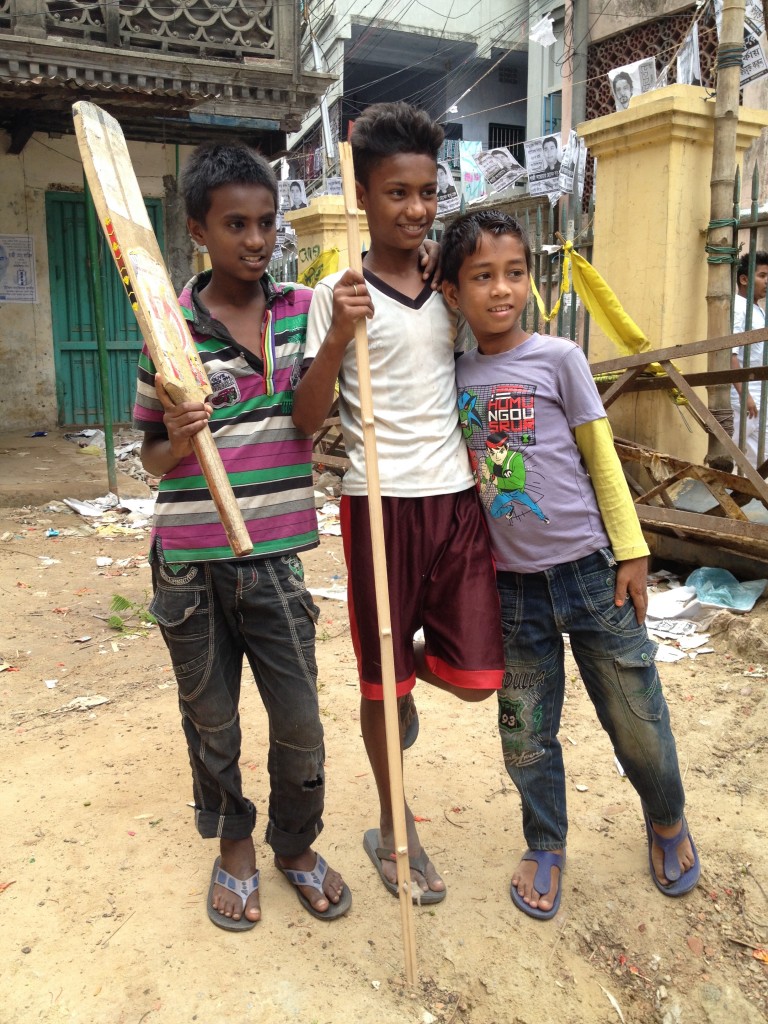 One of the kids is holding a cricket bat. Cricket is a national sport here and right now Bangladesh is playing with Pakistan which is very important considering the recent history. So far Bangladesh has been winning and everybody is very excited about it. (Unfortunately, I am not a sports fan!) 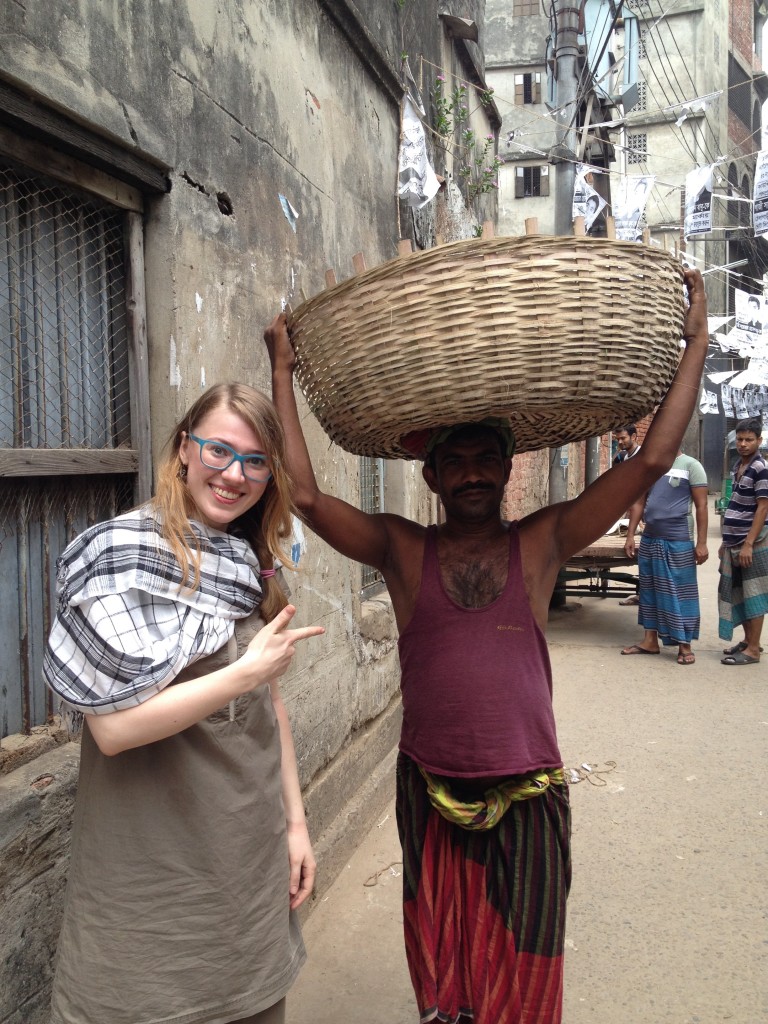 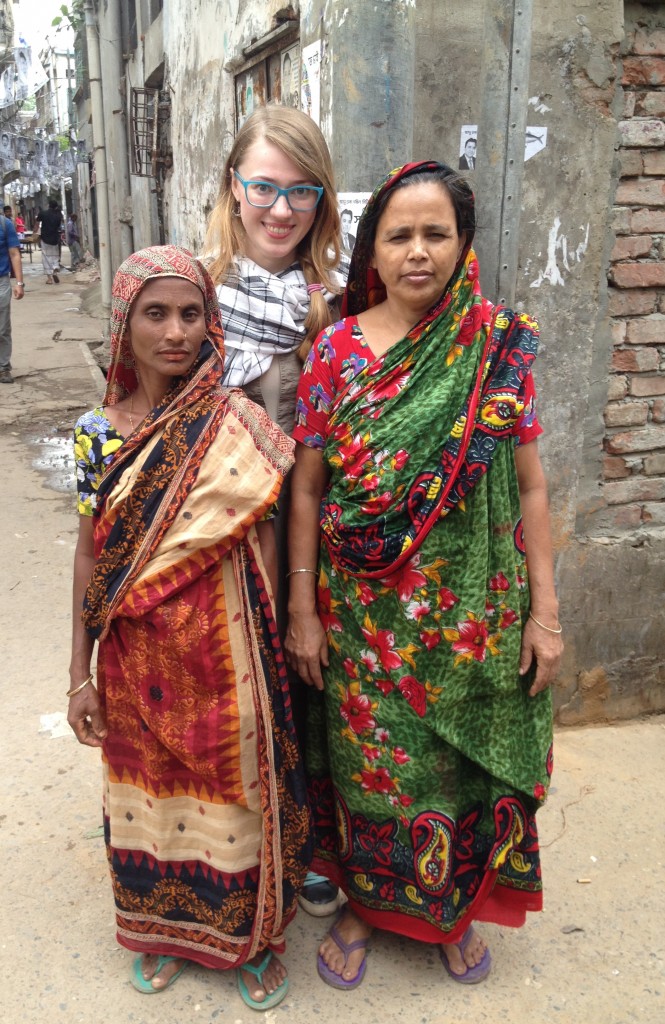 The final part of our tour was the palace that was turned into the fruit market. But to get there we had to go through the spice market. There is a lot of chilies, ginger and garlic there. Being Russian I have seen a lot garlic in my live, but not so much chilies! 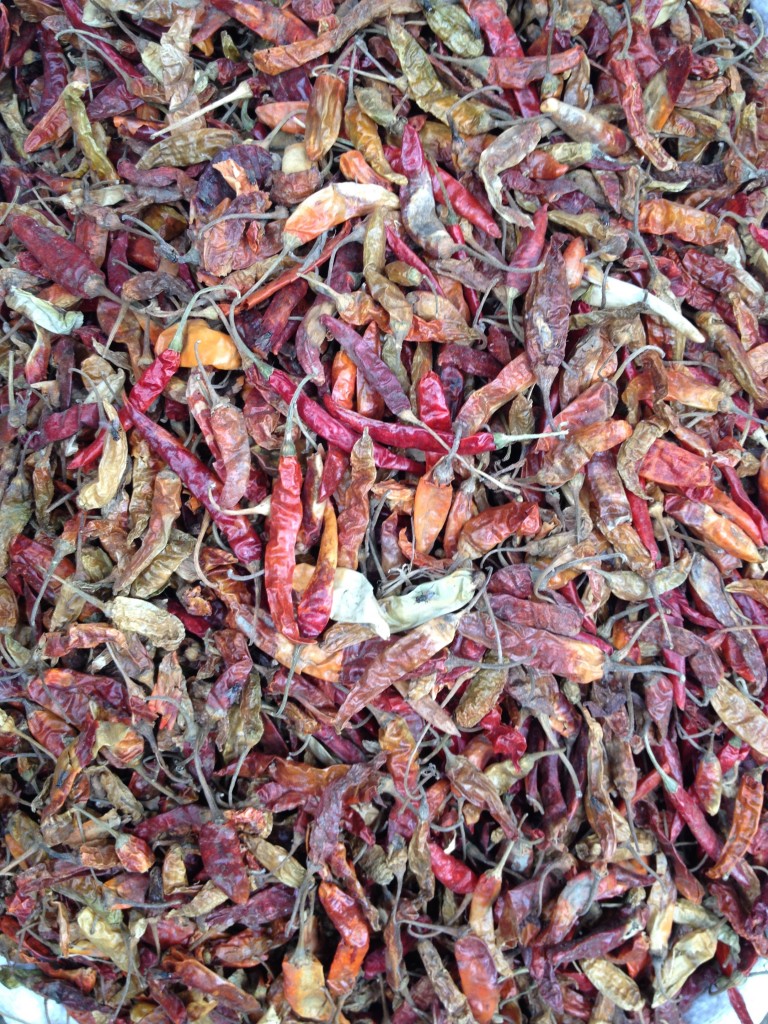 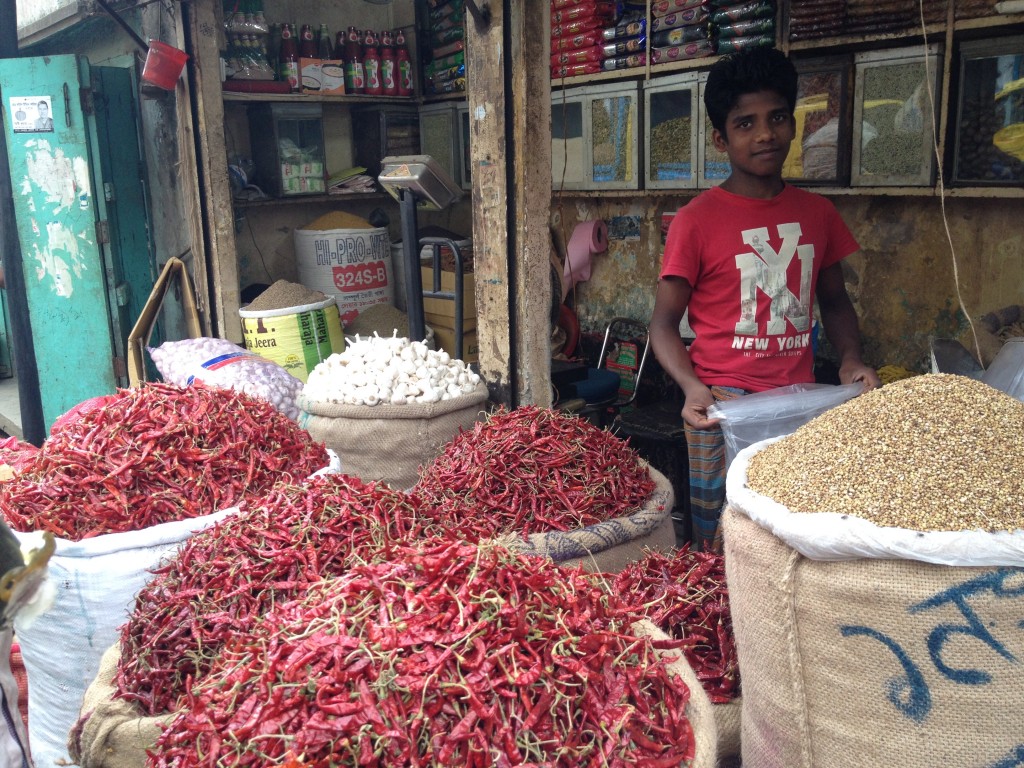 At the fruit market it was the first time when I saw paan. These are leafs that people in Bangladesh chew to get high. Haven’t tried myself and didn’t talk to anyone who did, but if I do, will let you know! 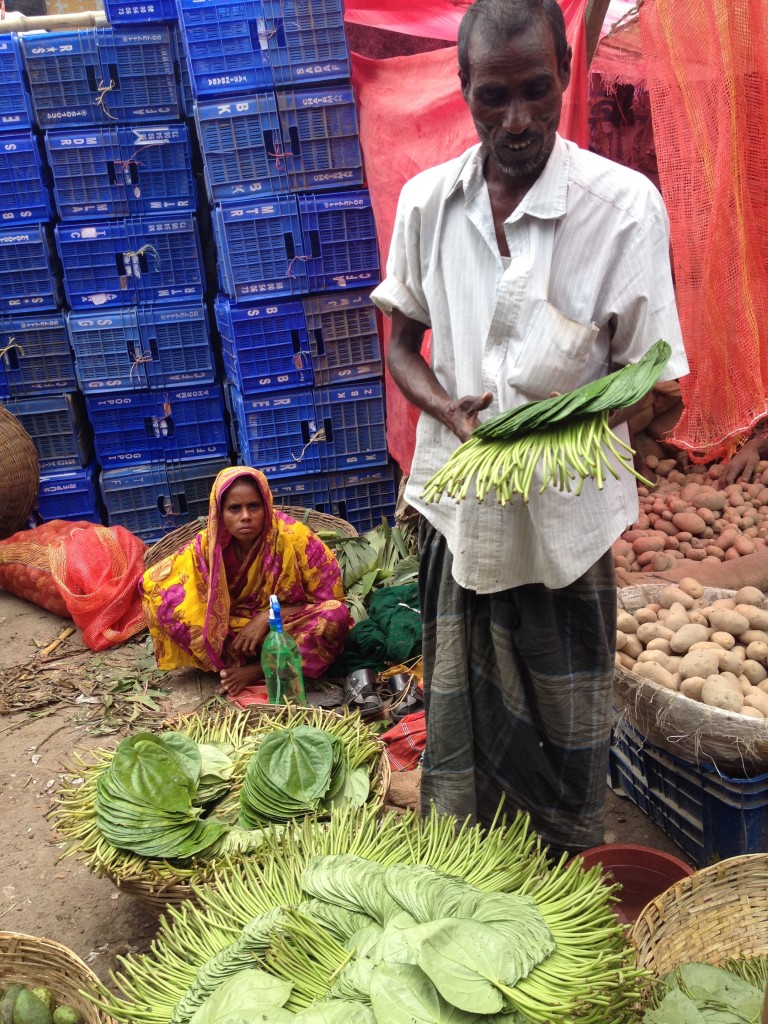 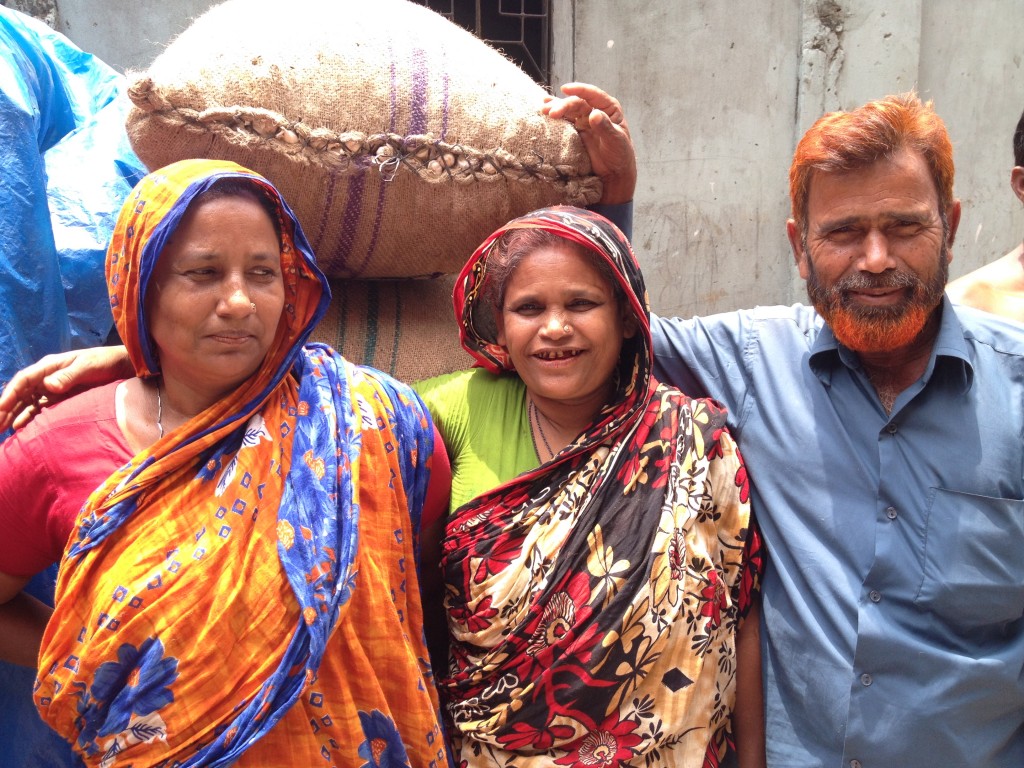 And here is my goat friend that I met at the market at the end of the tour! 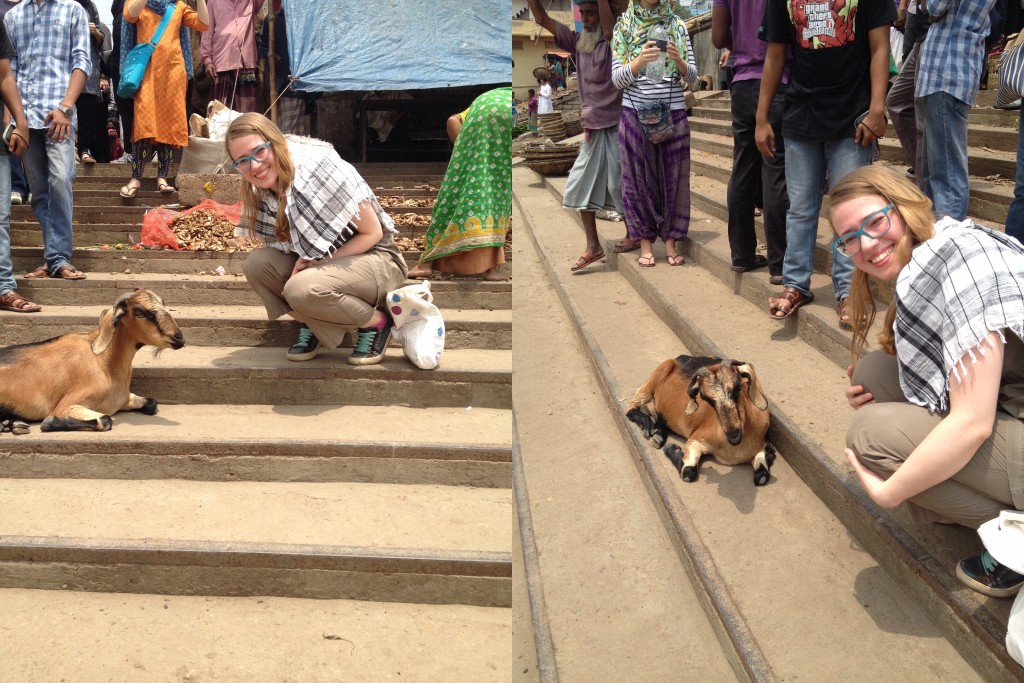 Hope that was enough pictures 😉