Another trip outside Dhaka this weekend was a trip to Tangail, or to be more precise, a village nearby. This time Google was almost right, but this was probably because we left at 6.30am! 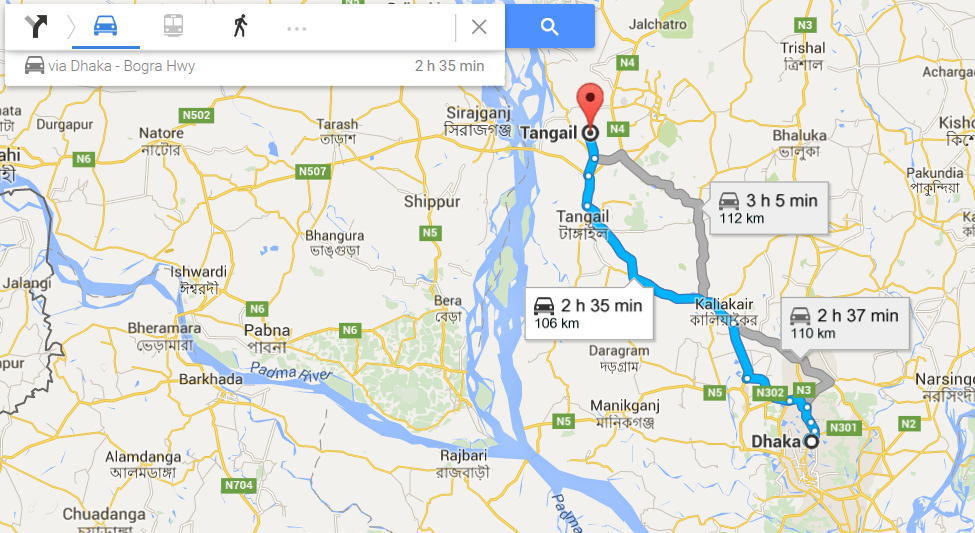 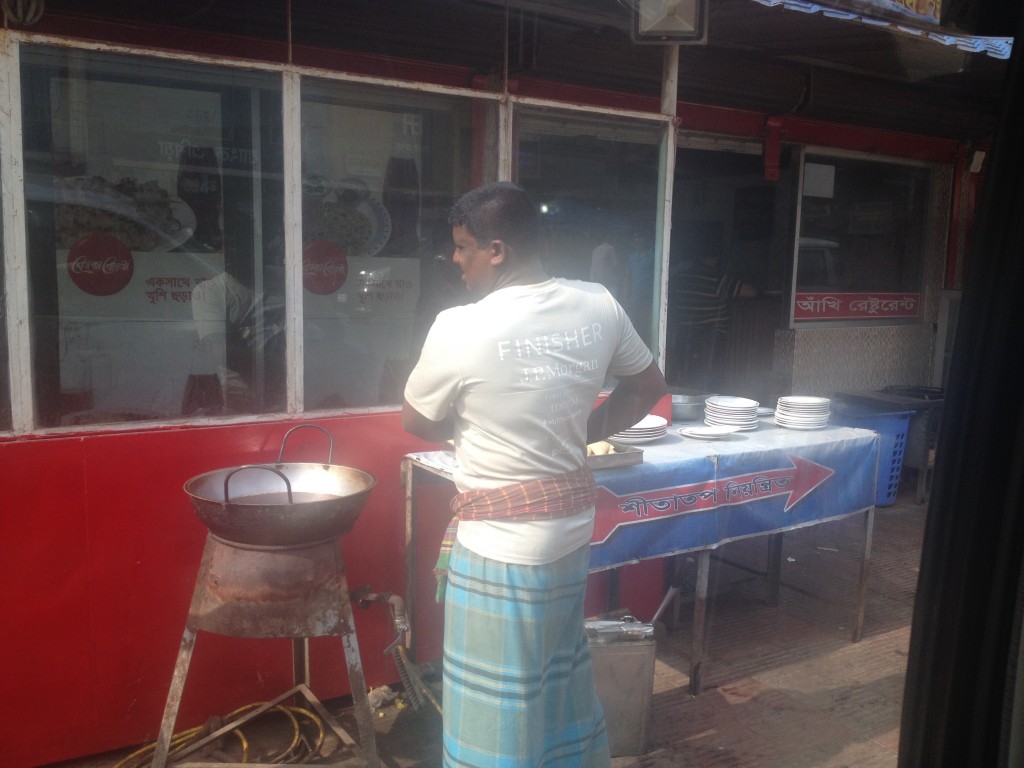 We were traveling with a person who owns the land in the village and recently planted the garden there. So first things first — we are picking up peppers! And the whole village behind the fence is watching us! 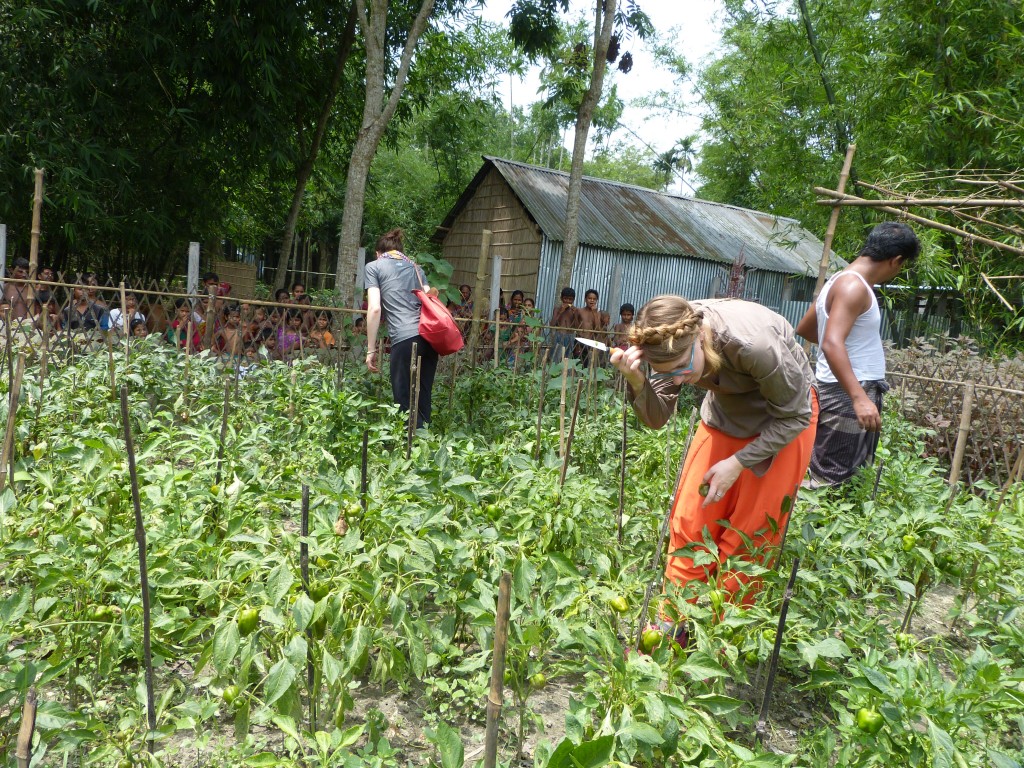 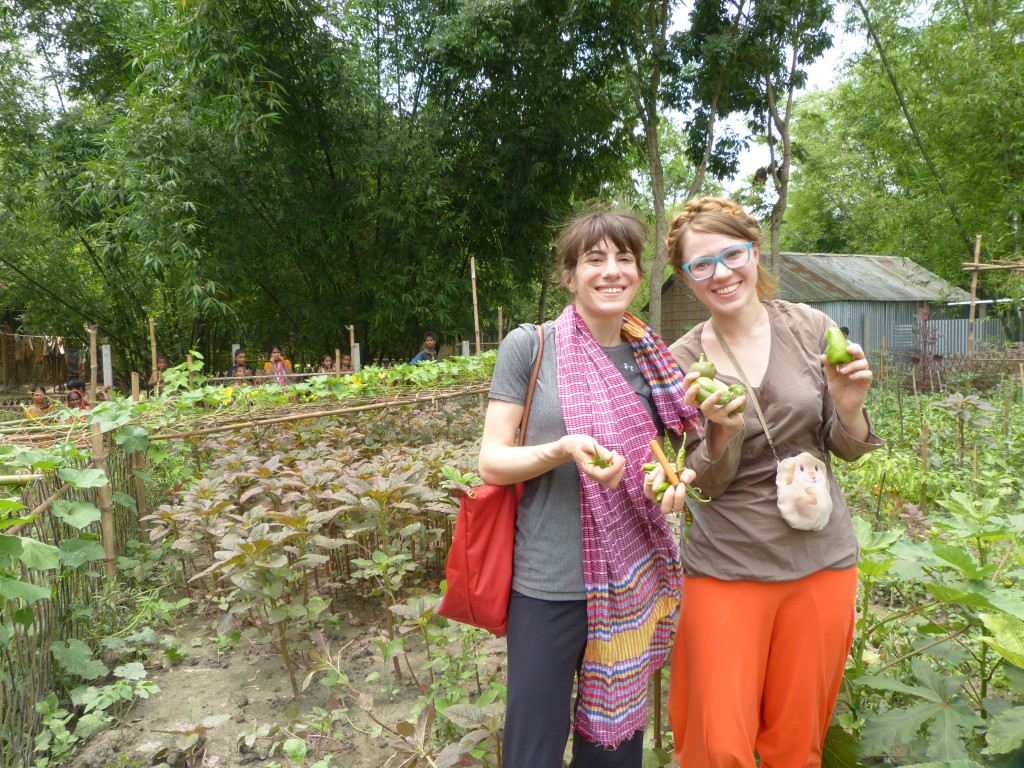 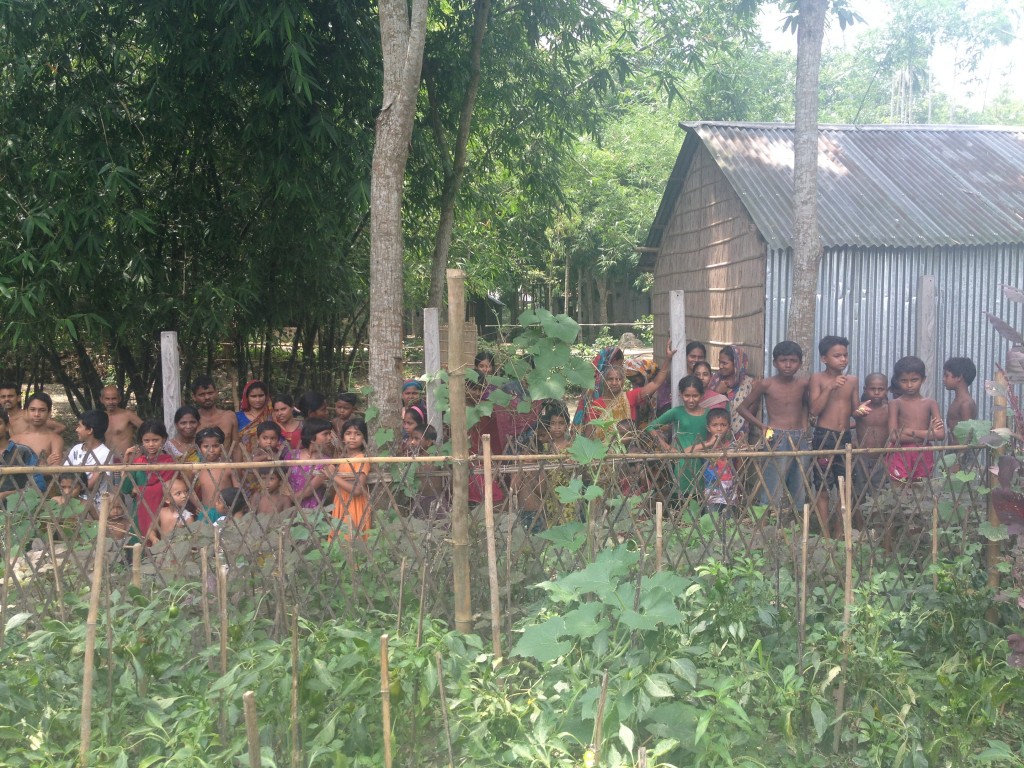 The newly built house from inside looks like this. If it not a mud house, it is made of this material 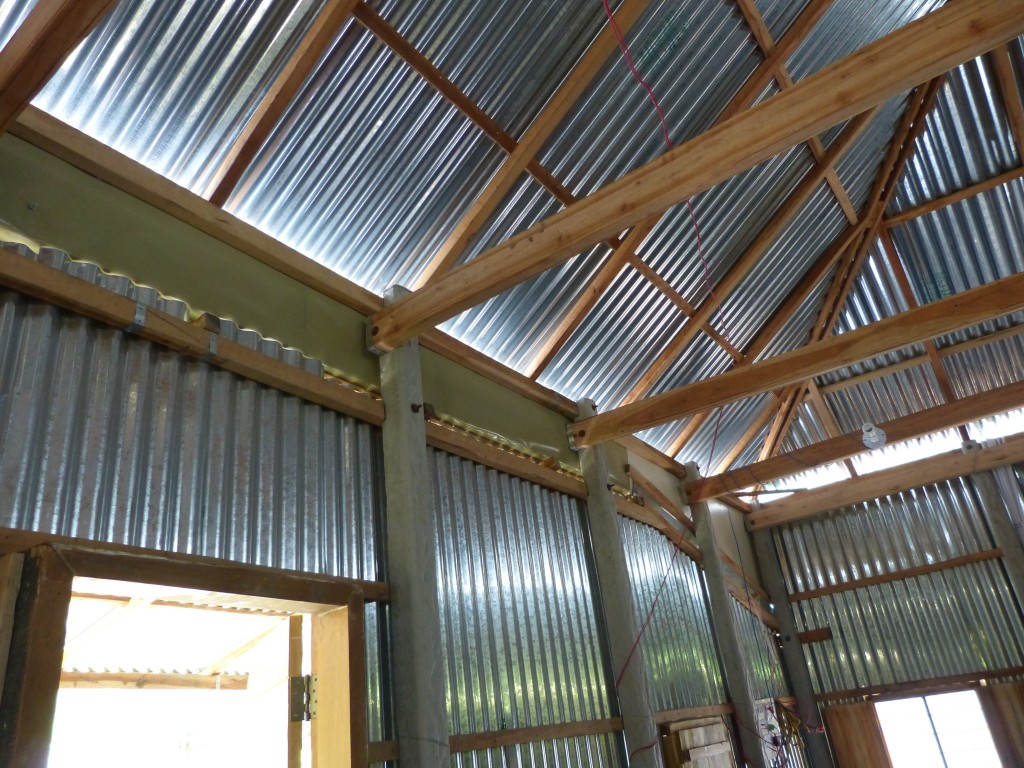 The owner of the land is resolving a dispute 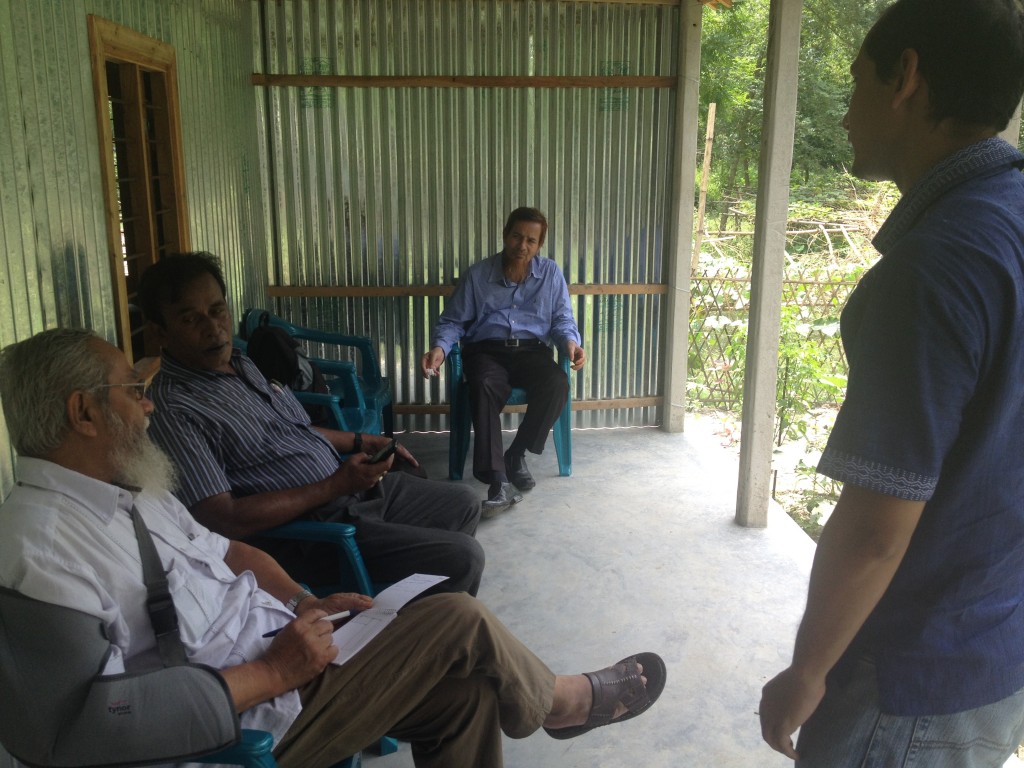 Then we went on a tour in the village. Tangail area is famous for its hand-sewn sarees and in this particural village there were plenty of houses where sarees are being sewn. One of the men offered me to try it myself and of course I agreed! At first it was a bit confusing -both hands and both feet are involved and things should be done in a particular sequence. So in the beginning I totally sucked, but after quite a few unsuccessful attempts I slowly made a few stiches that were sort of okay. It is a very labour intensive work and therefore it is usually men who are doing it. And it is very very loud. 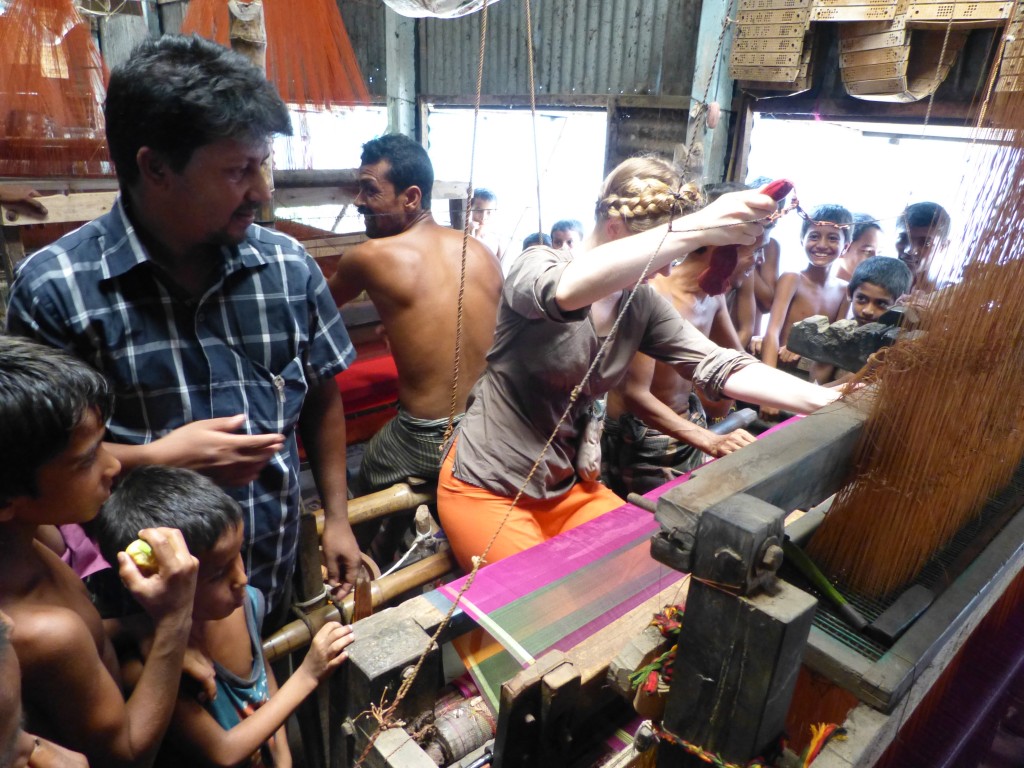 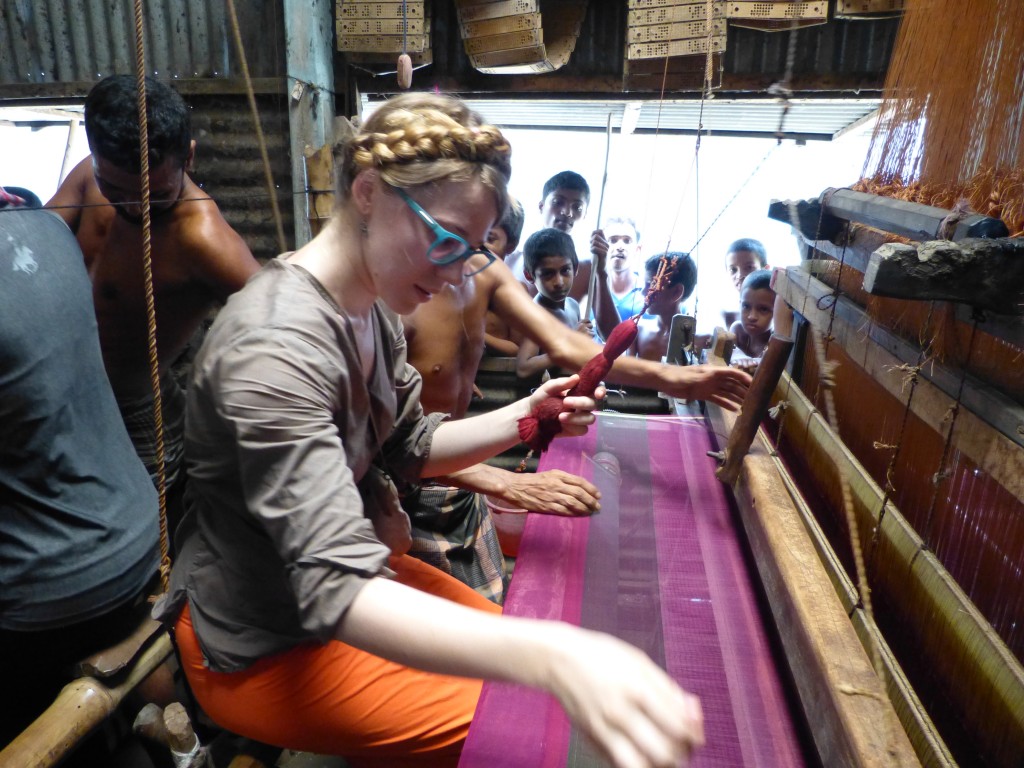 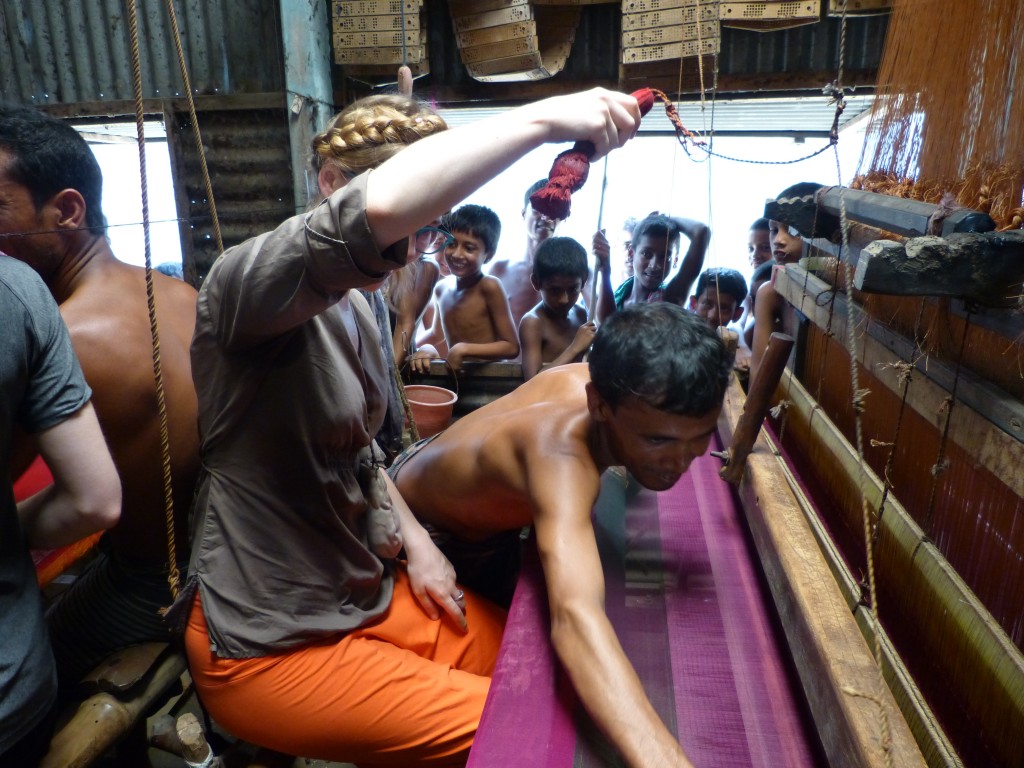 What do women do would you ask? They manually cut off all the extra threads with a pair of scissors 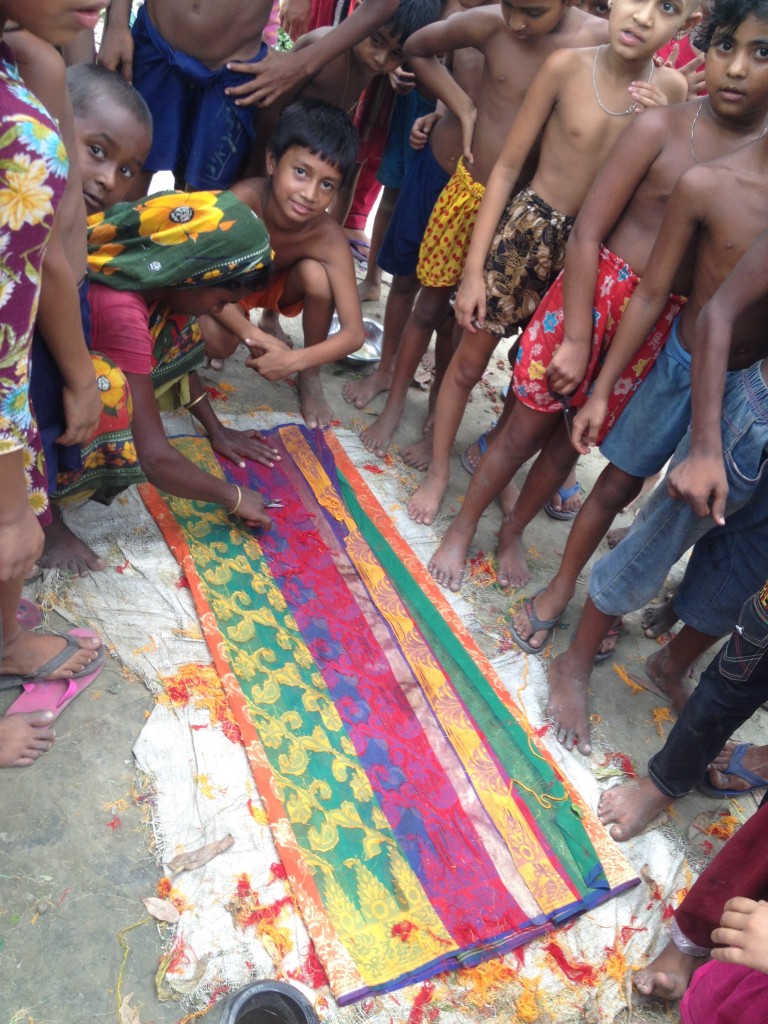 Just like this. On the ground, anywhere in the village.

So you see all the kids everywhere? They were following us everywhere 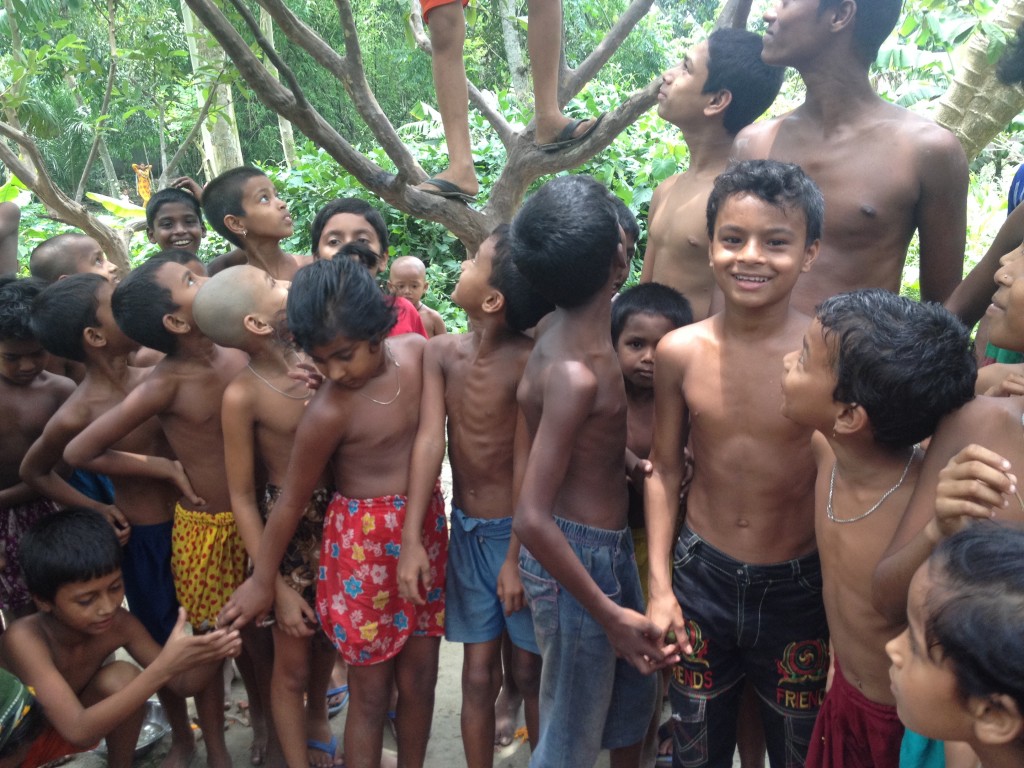 There are also machines for sewing sarees. And many kids who would like to be in the pictures 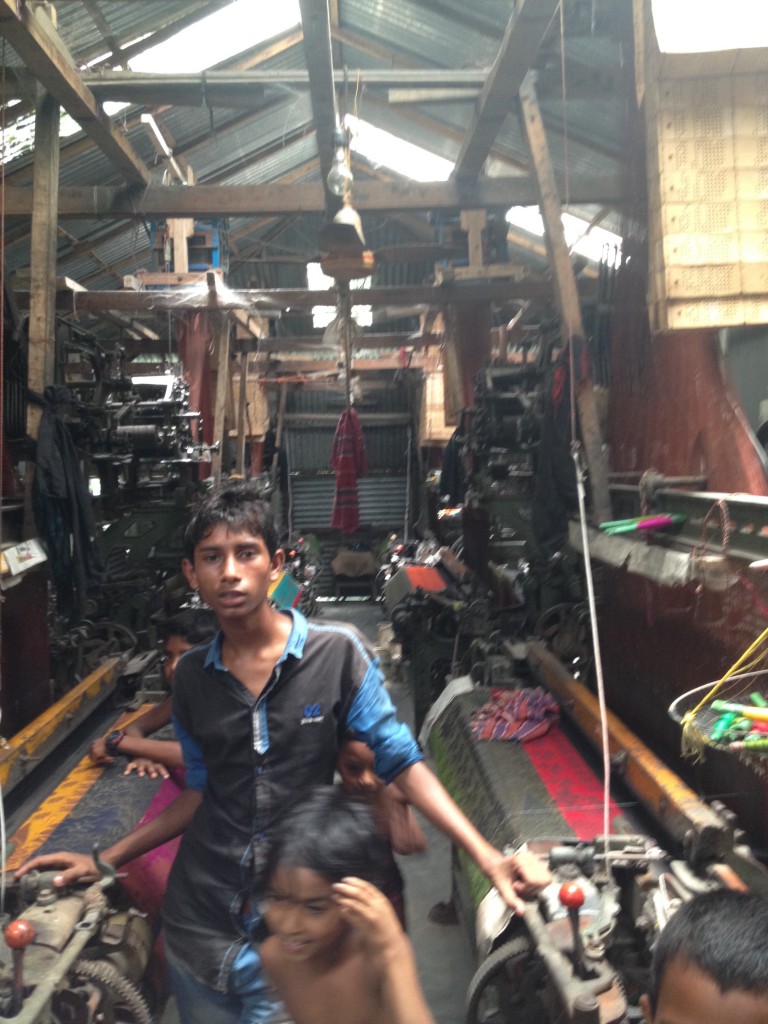 One hand or mashine sewn saree in the village costs about 700 taka, which is 8,5 euros.

And some random picture. For example, how bananas grow 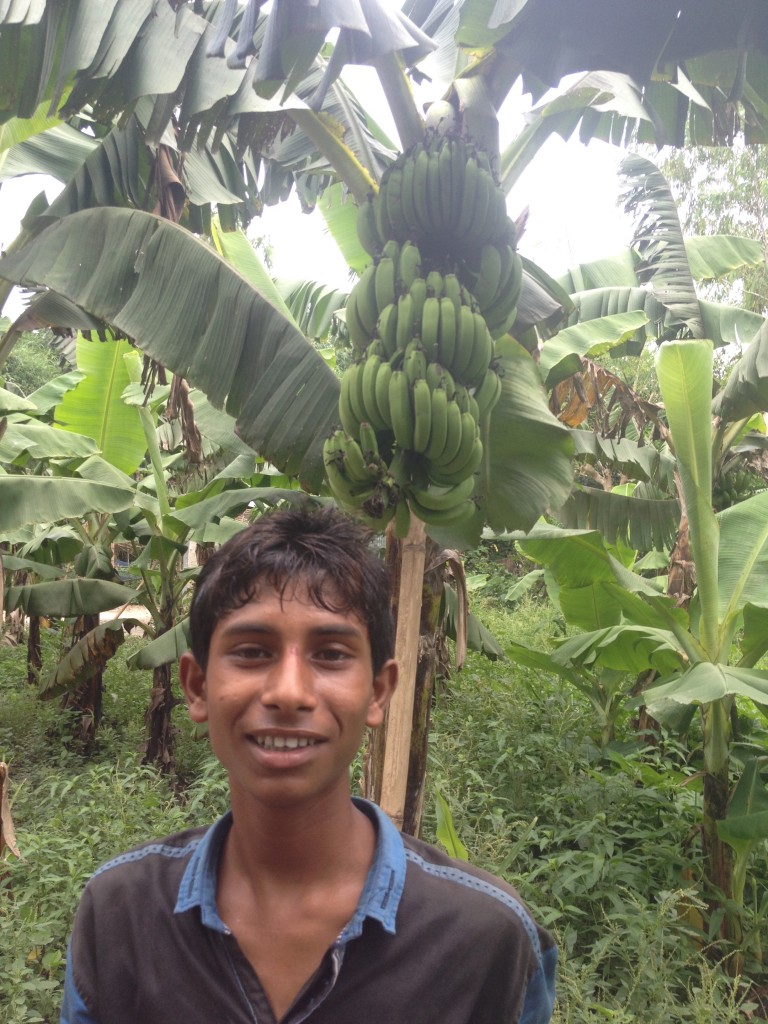 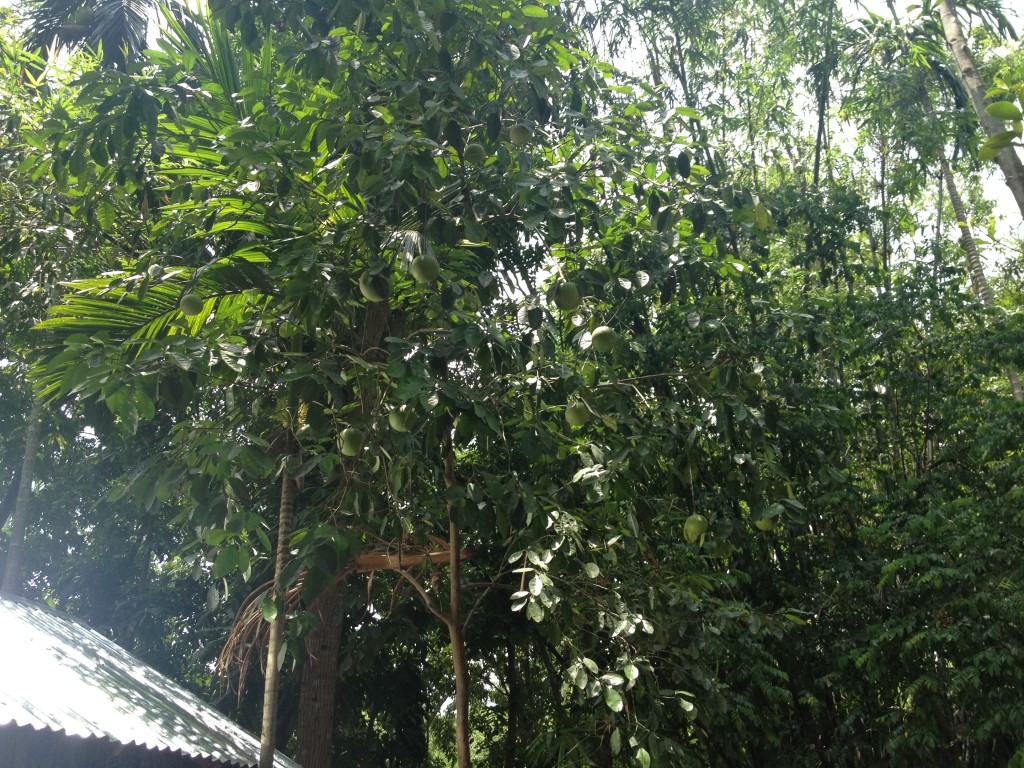 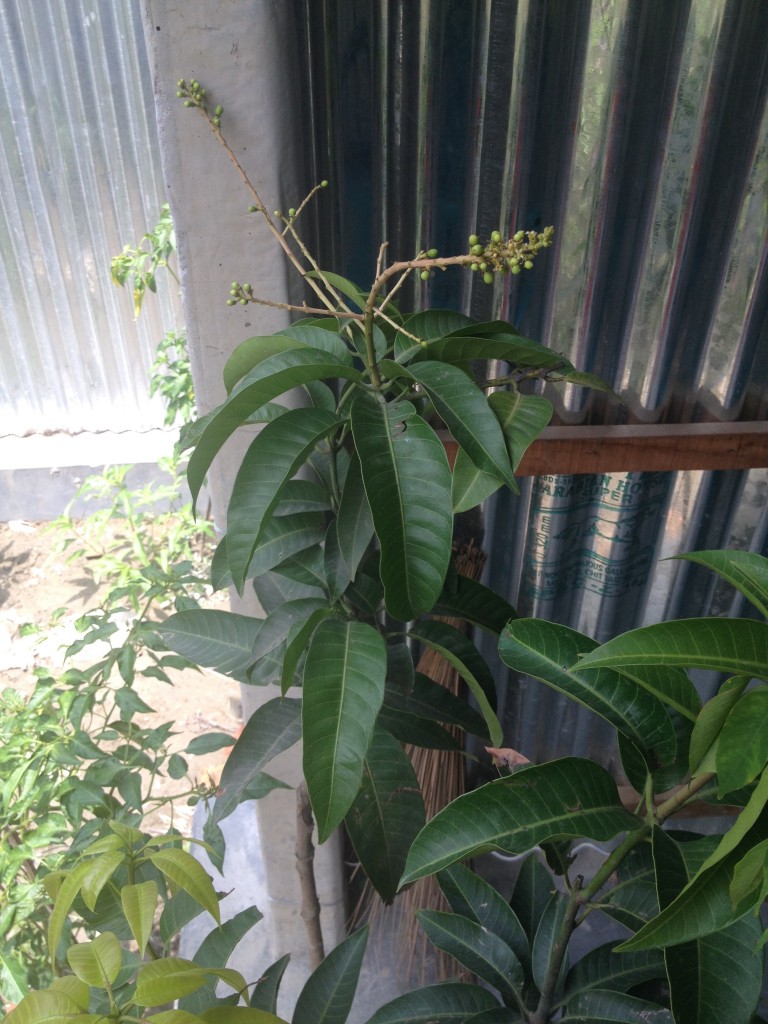 Below is the grave of the inviting family’s ancestors. They were the first to bring islan in this area. As the legend goes, when they arrived from India and maybe some places in Middle East, the local hindu king’s daughter was dead and people were about to burry her. The ancestors were not just muslim, but spiritual people as well and told the king that she was not sick, brought a burning hot stick to her body, she woke up and as a gratiture the king gave a very big piece of land to these ancestors and allowed them to spread islam. 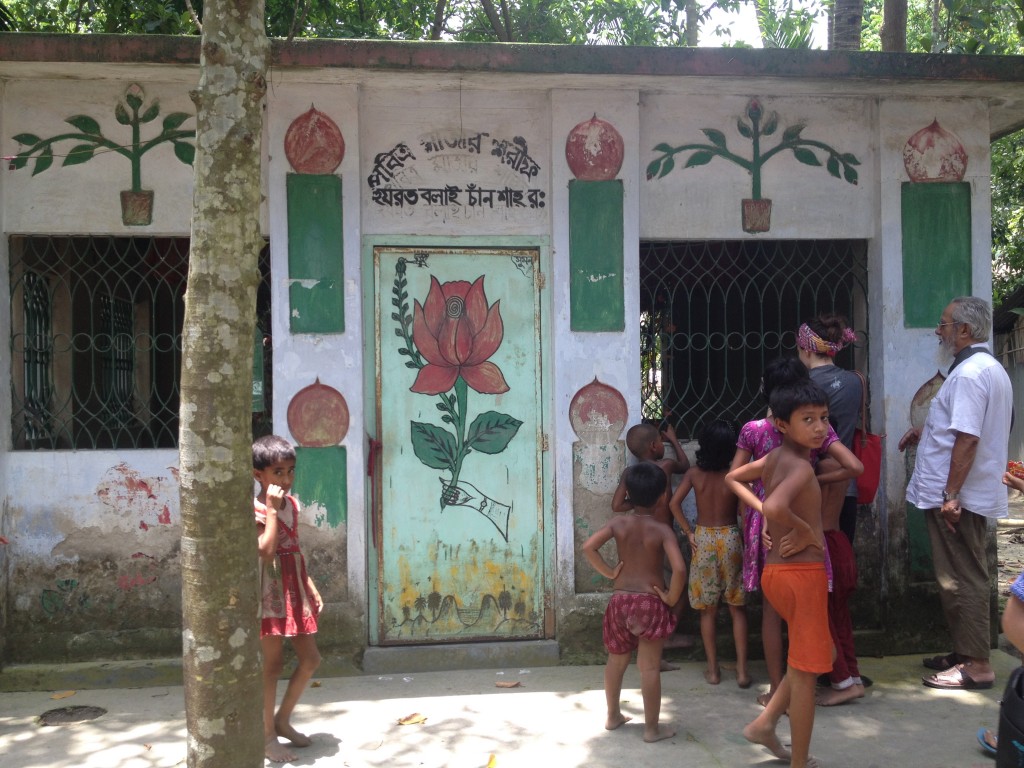 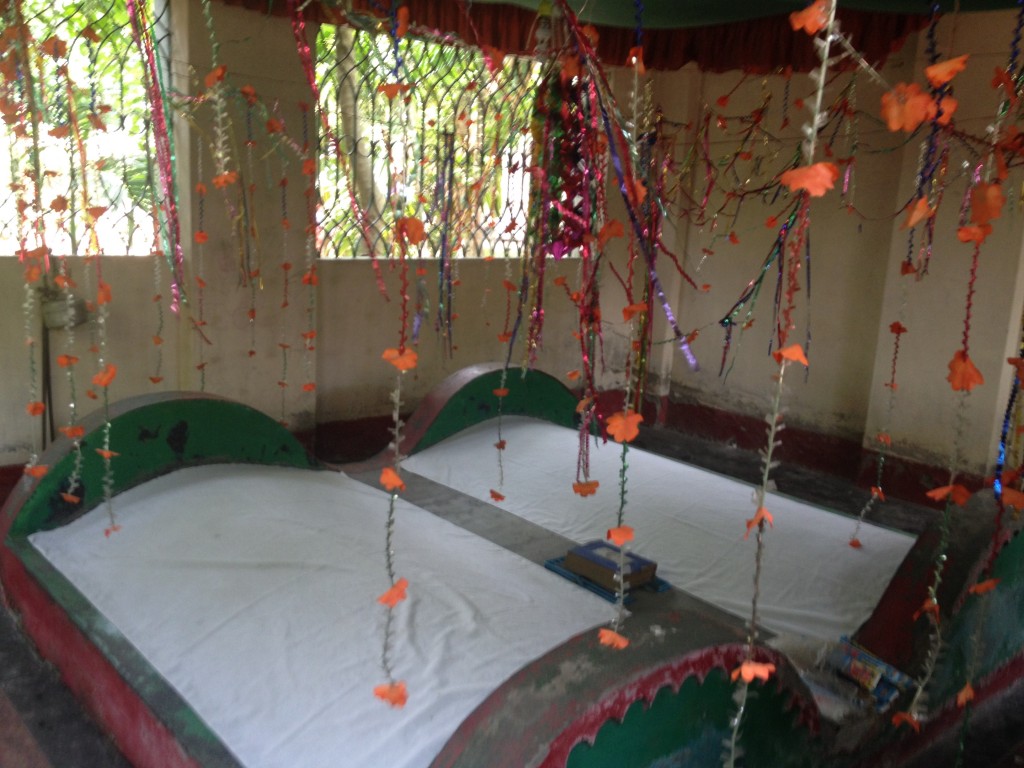 After the village we were invited to their home in Dhaka. I have never seen so many books here (this is just one of many shelfes). So many books I will never be able to read 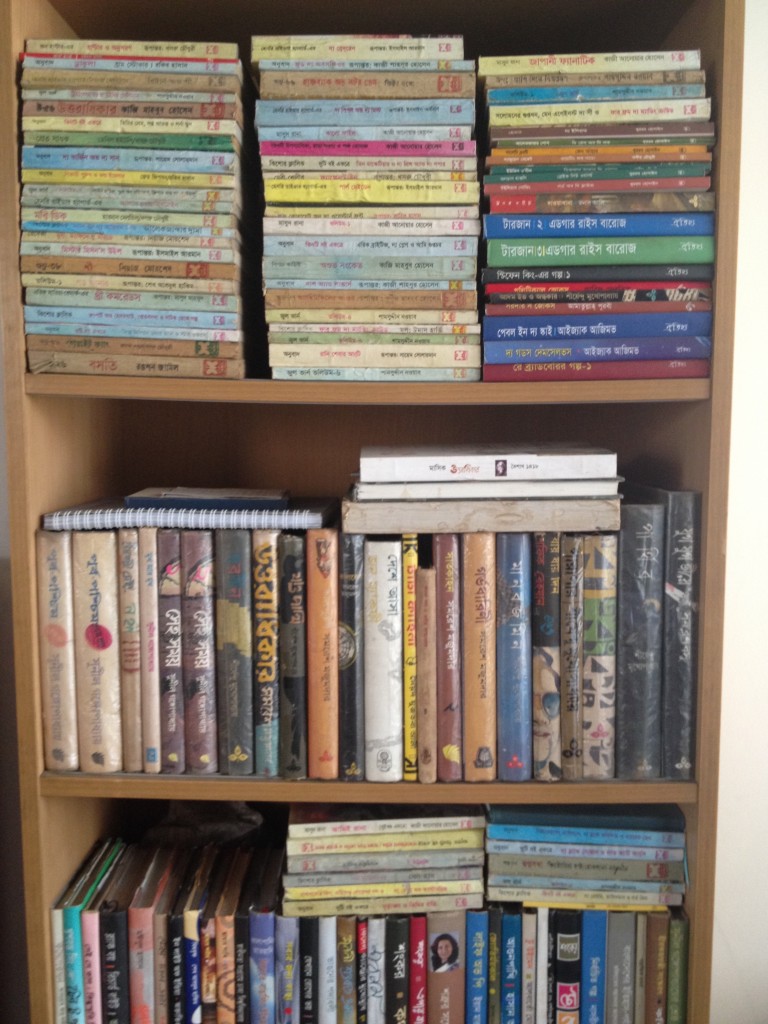 The father of the family used to be very interested in communism and such when he was young. In fact, the overall concept was very popular here, especially before the Liberation War in 1971. He still has some of the book, for example, to the right from the Lenin’s books is Engels in Bangla 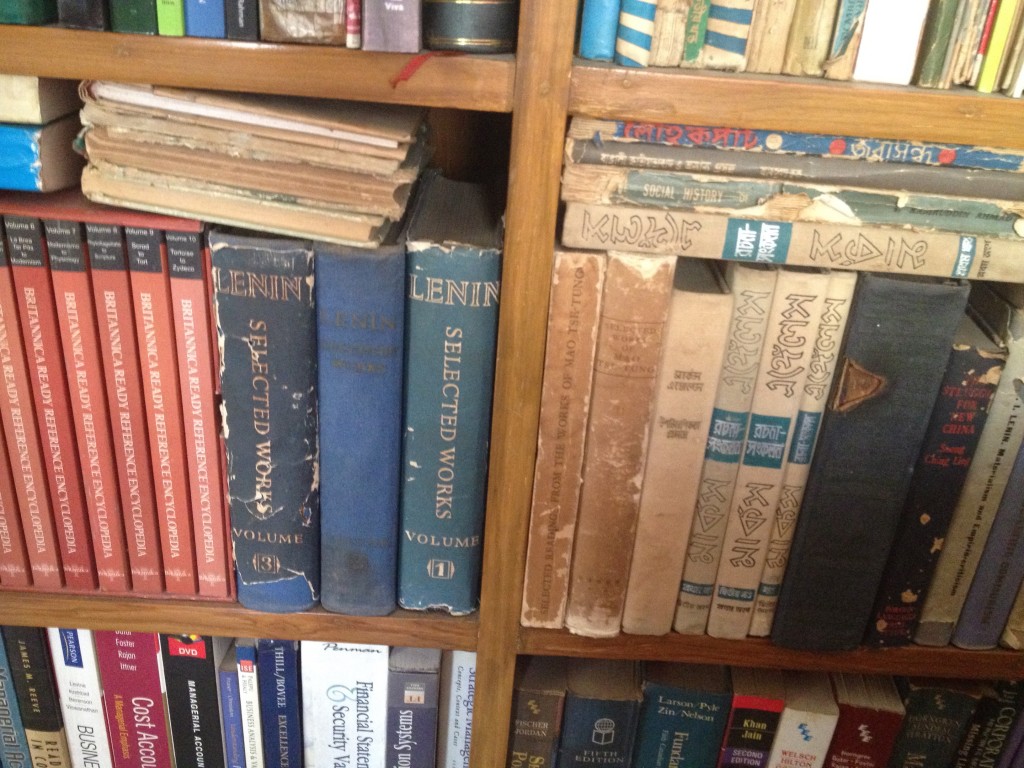 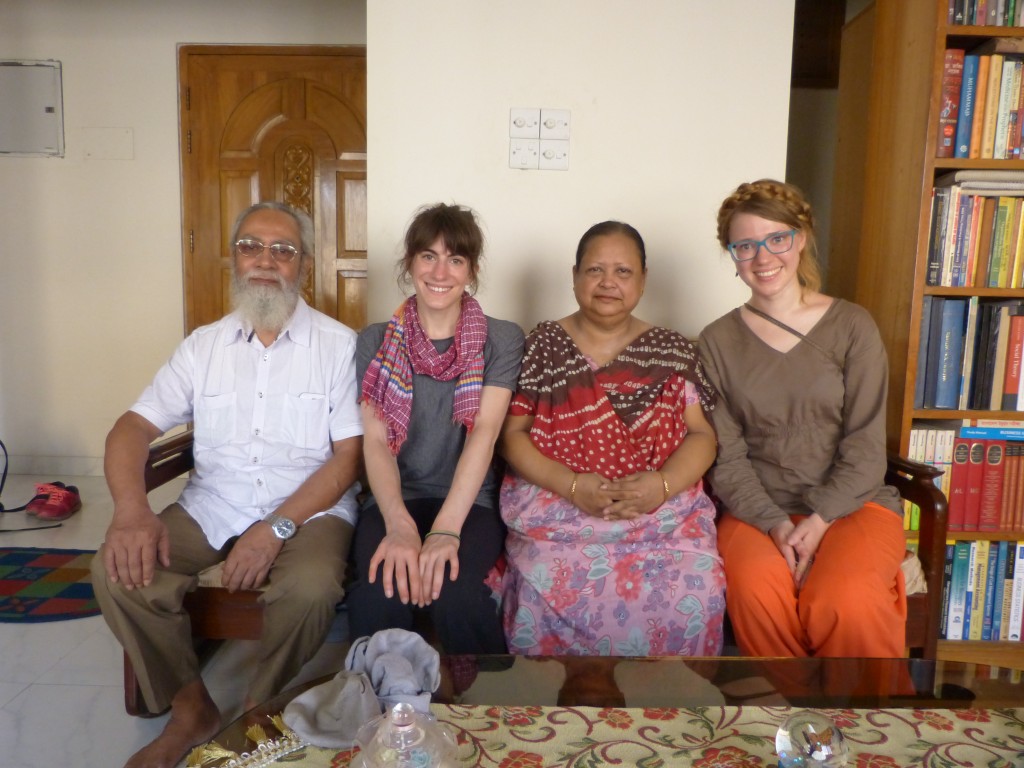 And a beutiful picture at the end taken not by me! 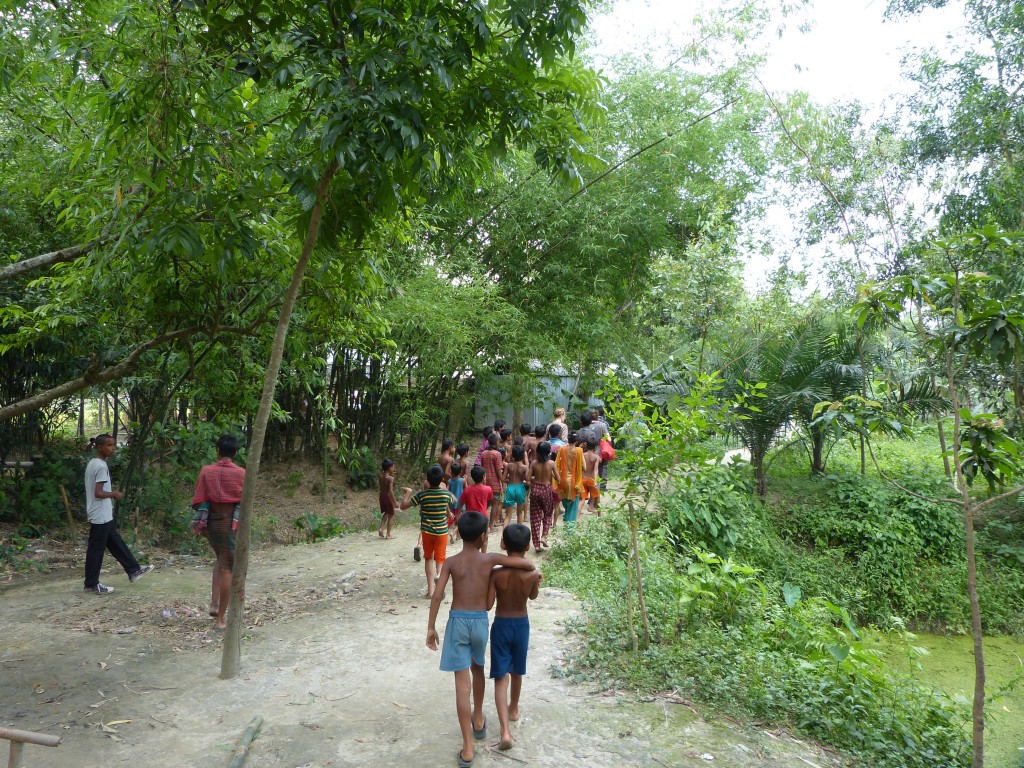